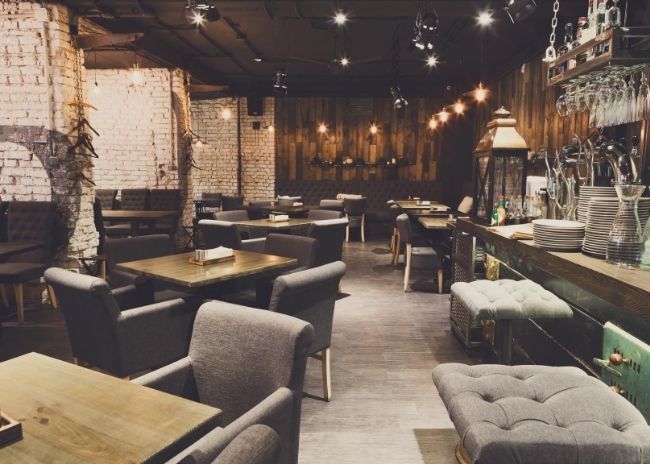 As the number of COVID-19 cases continues to grow across the country, the overall restaurant industry remains stuck in neutral.

For the past six weeks, transactions at restaurant chains declined at a rate ranging from 11% to 14%, per data from market research firm The NPD Group. While this represents a significant improvement from the declines the industry saw in April, it’s also a far cry from the momentum the industry appeared to be gaining in May.

This is due, in part, to a shift in consumer sentiment related to dining out. Along those lines, 52% of consumers say they will definitely avoid eating out, according to market research firm Datassential. This marks a 5% increase since the same survey question was fielded June 9. While 28% of consumers remain nervous about eating out but will continue to do so, 20% of consumers have no concerns about eating out, down 3% and 2% respectively since June 9.

In other words, consumer’s level of concern about dining at restaurants is similar to what it was back in late April and early May, according to Datassential’s Jack Li, who made his comments in a July 23 Datassential webcast. The silver lining is that while avoiding eating out is on the rise again, it does not appear to be headed for as big a spike as the industry saw early in the pandemic.

“I believe there is still a lot of upside recovery for restaurants, but for now we’re stuck in neutral until we can get the industry operating at full capacity,” says David Portalatin, NPD food industry advisor. “The ‘recovery’ phase will then tell us whether the industry can recapture enough customer traffic to get back to the pre-COVID baseline, or whether the new normal will reflect a reset where consumers prepare more meals in their home kitchens for a longer term.”

For the week-ending July 19, transactions at restaurant chains declined 12% versus a year ago. This represents a 2% improvement compared to the prior week, according to NPD’s CREST Performance Alerts. Quick-service restaurant chains saw customer transactions decline 11%, while the full-service sector saw declines of 27% year over year, NPD reported. FSR transactions would be worse without a significant shift to off-premises dining. In June, FSR off-premises traffic increased 91% versus a year ago while on-premises traffic declined -62%, according to NPD.

“Certainly, full-service restaurants need to recover their lost on-premises business since that will always be their main source of volume,” says Portalatin. “But, I wouldn’t be surprised to see new casual-dining models emerge that are designed to optimize off-premises capabilities for the long-term.”

Along those lines, 72% of consumers say they will probably stick to takeout and delivery from restaurants as the number of COVID-19 cases continue to rise, per Datassential.

States continuing to roll back reopening steps will keep hampering the restaurant industry’s ability to recover. According to NPD, 78% of restaurants are in geographies that permit on-premises dining with varying capacity restrictions. California has 13% of the nation’s restaurant units, all of which are prohibited from offering on-premises dining.

And that list only keeps growing. On July 28, for example, Kentucky Governor Andy Beshear closed all bars and rolled back restaurants to 25% capacity for indoor dining. Outdoor dining in Kentucky can continue to operate at 100% capacity, provided social distancing is possible. This order is expected to last two weeks.

Many restaurants are also operating well below normal capacities in terms of menu offerings and store hours, which are operator decisions made partly due to the pandemic situation overall and partly due to the difficulty in attracting labor.

When guests do come back to restaurants, their perceptions of how seriously the operator takes their safety will be of the utmost importance. In fact, 81% of consumers intend to be more careful in checking to see if foodservice operators are strictly enforcing safety guidelines before deciding where to eat, per Datassential. And 83% of consumers feel restaurants should require guests to follow specific safety guidelines. “It’s not enough to have a policy. It is important to show that you enforce it,” Li says.

And it appears consumers are becoming more vigilant in their efforts to hold businesses accountable. For example, this past weekend Chicago officials closed a bar following repeated violations to the city’s COVID-19 guidelines. Investigators were sent to the restaurant after receiving a written complaint of an employee testing positive for COVID-19. An initial visit to this establishment found no violations of COVID-19 protocol. But subsequent visits to the bar, which were standard operating procedure, found it operating after curfew and with employees and patrons not wearing proper face coverings.

A similar scenario played out in Maryland’s Montgomery County, where officials shut down a second location in Silver Spring and fined another North Bethesda for COVID-19 violations. And New York State issued 105 violations to downstate restaurants and bars for not following COVID-19 social distancing restrictions.

Indeed, understanding consumer concerns and wanting to help try to limit the number of new positive cases in their jurisdictions, states and other municipalities continue to inspect restaurants, bars and other businesses to enforce safety guidelines. In Michigan, for example state occupational health and safety officials unveiled a “State Emphasis Program” that calls for conducting inspections at restaurants, bars, grocery stores, c-stores and other businesses to ensure compliance with Governor Gretchen Whitmer’s executive orders.

When it comes to which restaurants make them feel safest, 51% of diners said large restaurant chains, while 49% said independent operators, per Datassential. This represents a shift from April 20, when 54% of consumers favored independents to 46% that felt safer at chains.