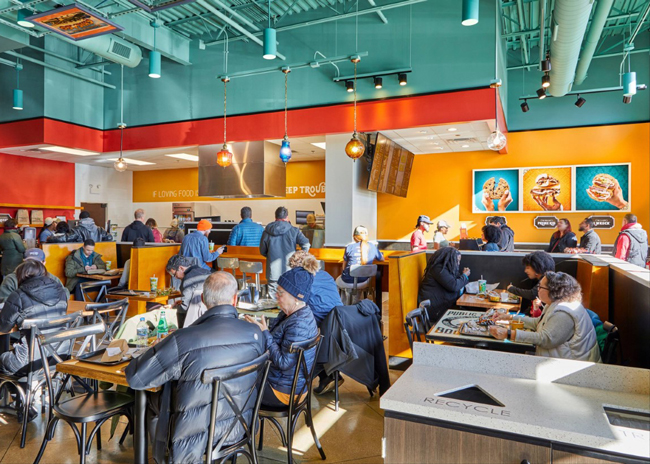 Whether embattled restaurant chain Potbelly has finally found its Mr. Right, only time will tell. For the time being, though, the chain has found Mr. Wright, as in former Wendy’s executive Robert Wright, who now serves as Potbelly’s president and CEO.

He succeeds Alan Johnson. The Chicago-based sandwich chain is counting on its newest executive to right the ship.

Wright will immediately focus on accelerating Potbelly’s ongoing business turnaround, per a company release. That same release touts Wright’s “strong record of business transformation throughout his career, where he has leveraged brand strengths to revitalize topline sales and profit growth through marketing, system-wide service standardization, and quality initiatives.”

“Bob’s ability to quickly identify and leverage brand strengths, as well as his substantial operations expertise, make him uniquely equipped to lead Potbelly during this critical time for our company,” said Joe Boehm, Potbelly’s lead director. “He drove dramatic improvement in guest satisfaction at Wendy’s, and Potbelly will greatly benefit from his vision, leadership, and drive to successfully transform our business. Bob also completed a transition of 1,100 company restaurants to franchise ownership during his time at Wendy’s, and we expect to leverage this experience as we return to system growth."

The change at the top comes at a critical time in Potbelly’s history. The shutdowns aimed at slowing the spread of COVID-19 hit restaurants particularly hard, and Potbelly was no exception. Prior to the pandemic, Potbelly’s business was mostly dine-in and that all but dried up due to the dining room closures. To help offset the impact of the stay at home orders and dining room closures, the company began selling sliced cold cuts and other sandwich ingredients in April. During that same month Potbelly, along with several other restaurant chains, came under fire for receiving a $10 million small business loan as part of the federal Payroll Protection Program. Potbelly promptly paid back that money.

Then in May Potbelly warned it was in danger of not being able to meet its debt obligations. And there was the possibility that Potbelly might have to close roughly 100 locations. Last month, though, Potbelly issued a mid-quarter business update in which it described an improvement in the company’s cash position.

Ironically, all of this happened just as Potbelly was testing a new store design featuring a more modern aesthetic as well as a more streamlined dining experience. In the past, guests would order a base sandwich from the chain’s menu and once it came out of a conveyor oven, a member of the Potbelly culinary team would ask customers which additional toppings they wanted before finally paying. Now that all takes place at the cash register. The design maintains a sense of transparency by allowing customers to watch the culinary staff work while waiting for their orders. Guests that order ahead on the Potbelly app can skip the line entirely and are directed to the queuing area through in-store signage.

This is the latest in a series of executive promotions for the Chicago-based sandwich chain. In April, Potbelly appointed Steven Cirulis to serve as the company’s chief financial officer and chief strategy officer. He had joined the company in December 2019 in a strategic planning, finance and analytical consulting role.