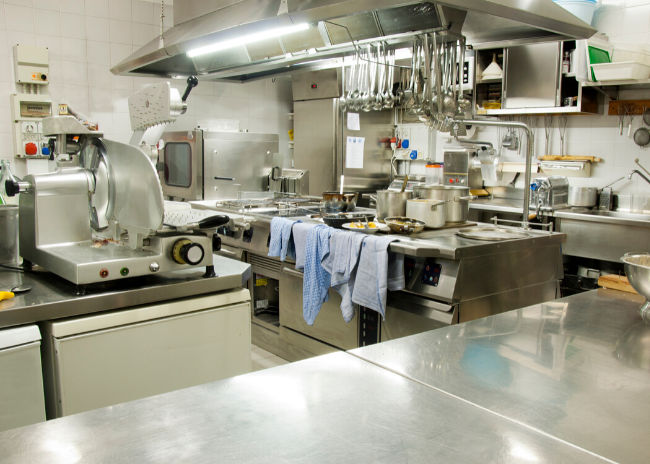 As restaurants shuttered their dining rooms to customers and noncommercial foodservice operators shifted their approaches accordingly, service agents were often left on the sideline watching everything unfold.

Some service agents were forced to lay off or furlough technicians and other staff members. But with more than 74% of restaurants now operating from geographies that allow some form of on-premises dining, per data from NPD, several service agents report an uptick in business and have started to restore their teams.

“Everybody works and we are pretty much back to normal from a working standpoint,” says John Schwindt, vice president of operations/general manager for Colorado-based Hawkins Commercial Appliance Service and current president of the Commercial Food Equipment Service Association (CFESA).

Generally speaking, the calls service agents receive have been rather straightforward. “Most of it has been normal maintenance. Or people have been shut down and now they want to restart something, and it won’t work,” Schwindt says. “When the temperatures hit the high 90s, the refrigeration calls went through the roof, naturally. Otherwise, it has been really mellow.”

Refrigeration remains a hot topic for Pennsylvania-based K&D Factory Service, too. “Our refrigeration department is completely busy right now,” adds Dan Dibeler, president of K&D Factory Service, which also owns Pine Tree Food Equipment in Maine. “If we stay on pace, our refrigeration department should have 15% growth over last June. Everywhere else will be down about 25%. We will be down 20% June over June, and I will take that right now.”

During the slowdown, many operators who had redundant pieces of equipment did not repair these items if they went down. “If they had 12 fryers, probably needed 3 to 4 due to lower customer volumes they were not fixing them for the time being,” Dibeler says. “One casual dining chain had us come back to restart their ovens and we found the gas valves were clogged. So, we had to replace them.”

Some noncommercial operators have updated their approach to service as the pandemic progresses. At the start of the shutdowns, schools sanitized their facilities and would not let any technicians in for a while, Dibeler says. “Eventually they started letting you in to do the work once they knew students were not coming back.”

Similar service-related trends are playing out in the Dallas market, reports Scott Hester, president of Refrigerated Specialist Inc., a Mesquite, Texas-based service agent that just moved into a new location. “When the restaurants reopened, we had a big run on cleaning and sanitizing ice makers and draft beer lines,” he says. “All of the servicers are back, and the customers are starting to do planned maintenance again. We began interviews with seasoned techs that handle planned maintenance as well as installers for both hot and cold equipment. We will hire aggressively into the fall. And the shutdown never impacted the construction side of the business, at least in this area.”

Although the outlook in Dallas may change as the Texas governor paused the state’s reopening due to a surge in reported cases of COVID-19. “I am rather optimistic compared to weeks ago. Dallas has a strong economy. At the same time, we are keeping our powder dry in terms of maintaining cash to plan for the unknown,” Hester adds. “It’s out there hiding. You don’t know who has it and that’s why we all have to be extra careful.”

Hester speaks from experience. Eight RSI associates have tested positive for COVID-19, including six from the construction side of the company’s business. “We have not had anyone hospitalized. Nothing bad or ugly,” Hester says. “We kept our groups broken up so in the case anyone got sick we could keep other parts of the business going.”

Despite his techs continuing to serve growing numbers of operator calls, Schwindt reports his team remains relatively healthy. “We have not had any issues, and nobody has gotten sick and I don’t know of too many service companies throughout the country that have had too many cases,” he says.

Dibeler reports similar good health at K&D and Pine Tree. “Between the two companies we’ve had approximately 100 technicians on the road every day and, knock on wood, not a single case of COVID-19 thus far,” he says. “We had one tech that got the flu and another who went into quarantine because his wife was exposed to COVID-19. She was a healthcare employee.”

With the virus still active, and even surging in some geographies, the health and safety of staff and customers alike remains top of mind for service agents.

Then again, this is nothing new for the foodservice industry, specifically service agents. Outside of temperature checks, it’s pretty close to business as usual for most service technicians. “The only thing we are doing different than we normally would do is wear masks,” Schwindt says. “Handwashing has always been big with us. You put your hands in a piece of greasy equipment to fix it, you really have to wash your hands.”

RSI issued both disposable and washable masks to its techs and staff members. “You are in really close quarter when you go into a restaurant kitchen or bar setting,” Hester says. The techs wash their hands when they enter a customer’s location, sanitize their work area, and then set down a piece of cardboard on which they place their tools. Techs also come prepared with their own hand sanitizer. “Those things go a long way with customers,” Hester says. “There’s just a lot more scrutiny on what we are doing.”

And K&D has updated the way it closes out work orders. Normally, customers would sign a work order that displays on a service tech’s tablet, indicating the work was completed. Instead, the techs are now taking a picture of the person who would sign, eliminating one physical touch point.

As business picks up, Schwindt has noticed a significant change in the market. When calling for service, operators’ urgency does not appear as high as it was previously. Plus, given that operators’ sales volumes remain lower than they were prior to the shutdowns, it’s easier than before for service agents like Hawkins Commercial to meet customer expectations. “People are a lot nicer than they were when their feet were in the fire before the pandemic. They are not as excitable as they used to be,” he says.

Some service agents kept their businesses strong by maintaining their staffing. “Going into this, the biggest issue we faced was nobody could find technicians. So, at the first time of a struggle we were not going to give away our biggest asset: our technicians,” Dibeler says. “The decision was made early on to keep everyone on board. A few volunteered to take furlough, too. Once we got our PPP loans, we guaranteed to pay them 40 hours a week. And we picked up some customers along the way and they are sticking with us now that we are coming out. It benefitted us in the long run. It was the decision morally, ethically and in the long run for the business. It made people hugely loyal to us – both employees and customers.”

Indeed, for some service agents, the re-entry can be a time to grow their businesses. “Yes, we want to go see our chains and our customers who see us regularly, but we also want to see the sole proprietors that we might not have been able to see before,” Hester says. “This tapping the brakes helps with that. But in the last five to ten years it has been dominated by the boom unless an opportunity came about from an existing relationship.”

While working with operators is a little easier at the moment, some service agents report some challenges dealing with factories. “Everyone has thinned back so far, or they have people on furlough, so it’s stretching everything out because it’s difficult to get a hold of people,” Schwindt says.

As is usually the case, service agents continue to temper their enthusiasm with a healthy dose of realism by understanding there’s a long way to go in eradicating COVID-19.