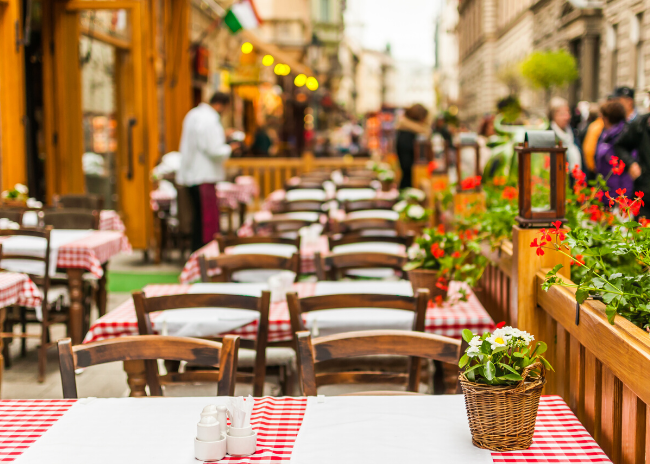 At the peak of the dining room shutdowns aimed at slowing the spread of COVID-19, it was the quick-service restaurants that fared better than their full-service peers. The former had an advantage going into COVID-19 thanks to the drive-thru service that many QSRs have offered and the segment’s longstanding commitment to off-premises dining.

It’s only natural, then, that as states and municipalities slowly lift on-premises dining restrictions, full-service restaurants would stand to benefit. Such is the case when examining restaurant chain transactions for the week-ending June 14.

Serving as a foundation for the restaurant industry’s steady sales growth is consumers’ improved outlook about COVID-19 and comfort with the idea of purchasing food prepared outside the home. For example, as of June 15, 44% of consumers say they are very concerned about coronavirus, per a Datassential study. That’s a 10-point decline since May 1 and a 23-point decline since April 1. Similarly, 53% of consumers are nervous but continue to eat out or have no concerns whatsoever about doing so. In contrast, 47% of consumers continue to definitely avoid eating out, which shows there’s still plenty of distance to travel on the restaurant industry’s road to recovery.

As the pandemic drags on, consumers continue to become more comfortable with their temporary new normal. For example, 82% of consumers say they know which precautions to take and how to stay safe from COVID-19, per Datassential. Further, 60% of consumers say COVID-19 safety precautions have become second nature.

One development that could deal a blow to consumers’ psyches is a surge in reported COVID-19 cases. Interestingly, Arizona, California and Florida reporting an uptick in coronavirus cases of late does not seem to have dampened consumers’ enthusiasm for dining at restaurants. In fact, all three states showed several points of improvement in restaurant chain customer transaction declines at full-service restaurants, per NPD Group.

“The only major variable in play with a case surge at the moment would be erosion in consumer willingness to dine out,” says David Portalatin, NPD food industry advisor. “There are three main variables that will influence continued restaurant recovery: reopening of on-premises dining and expanding allowed capacity; the willingness of consumers to dine out and feel safe and confident in doing so; and the economic well-being of the consumer. Thus far, the evidence in restaurant transactional improvement confirms that dining rooms are opening, and there is consumer demand to fill opened restaurants.”

For the week ending June 14, NPD reports that 74% of restaurant units operate from geographies that now permit some level of on-premises dining. That should rise to 77% for the week of June 21 and based on state and local reopening plans at present, 85% of restaurants will be permitted to reopen dine-in services by mid-July. The numbers reflect the percentage of restaurant units that can open and not the number of actual units that will open.