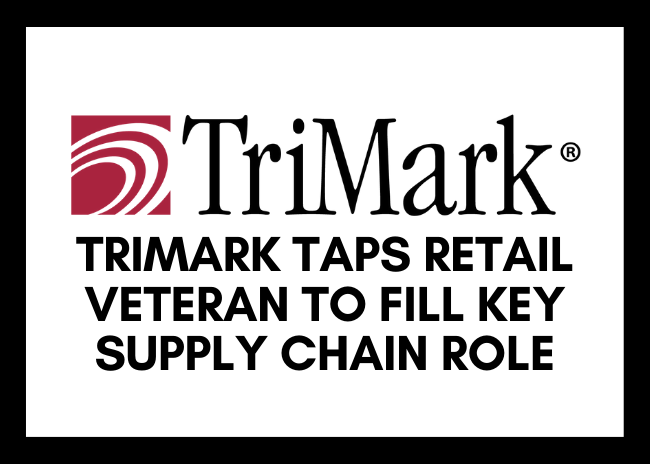 “I’m inspired by the opportunity to further develop our end-to-end supply chain of our business and hone an operating system based on “best practice” philosophy that drives a relentless pursuit of supply chain process excellence in One TriMark attainment," Geiger said in a release.

Geiger began his 30-year career as a U.S. Marine helicopter pilot with deployments overseas. After the military, he joined Kurt Salmon Associates in its supply chain practice. Geiger joined Walmart in 2001 as global sourcing director, completing expatriate assignments in Singapore and the U.K. He was promoted to vice president, sourcing, Walmart U.S. in 2006 and then to vice president and chief information officer for Sam’s Club in 2008. In 2012, Geiger was appointed senior vice president, inventory management at Walmart U.S. In addition, he served as SVP and CIO for Walmart Technology and its International divisions.

This represents the latest in a series of executive-level personnel moves for TriMark this year. In January, Marie Ffolkes assumed the CEO role from Jerry Hyman, who became company chairman. Then in February, Karen McCain became president of TriMark’s south region, replacing Marty Monnat who retired from the company.

In addition to these personnel changes, TriMark has remained busy by opening several Chef’s Toys locations in California this year.