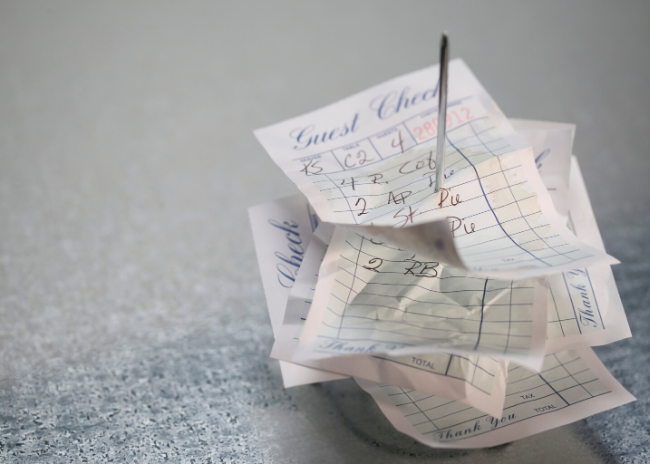 For the week ending May 3, total transactions declined 26% from the same period one year ago, per data from The NPD Group. This marks a 6% improvement over the previous week and a 17% improvement compared to the week ending April 12, which NPD points to as the low point of the disruption caused by stay-at-home edicts aimed to slow the spread of COVID-19.

NPD chalks up the continued improvement to the lingering impact of government relief programs and the lifting of dine-in restrictions across a variety of states, including Texas and Georgia. Restaurant dine-in restrictions have been lifted for nearly 192,000 restaurant units or about 29% of all units since May 1, based on an analysis using NPD’s ReCount restaurant census.

“The most recent week’s performance suggests we’ve achieved about 30% of the potential volume in states where restrictions were lifted,” says David Portalatin, NPD food industry advisor. “Looking ahead to next week, another 46,000 restaurants could come back online.”

When restaurants do come back online, outdoor dining may become a focal point. For example, in Rhode Island restaurants will be able to reopen with outdoor dining on May 18. While that may seem like progress, critics would like to see the state move faster. That’s indicative of the growing restlessness among operators who are anxious to get back to work. In fact, one southern Illinois restaurant opened its 20-seat dining room, defying an edict issued by the state’s executive branch. How did the restaurant fare? It ran out of food. Restaurant operators and the Illinois Restaurant Association have voiced extreme frustration about the governor’s five-step approach to reopening the state. Under this approach, restaurant dining rooms would not be able to reopen until very late in June, according to various published reports.

Still, the continued improvement in restaurant transactions will continue to whet operators’ appetites for future planning. For example, 52% of operators say they will be ready to talk with manufacturers and other members of their supply chain about new products and innovations within the next 90 days, per Datassential.

While there’s some anecdotal evidence that simply reopening dining rooms improved takeout sales, consumers would prefer to take a more cautious approach to reopening restaurant dining rooms. Along those lines, 62% of consumers feel restaurants should take more time to reopen compared to 32% that feel the time is right for businesses to reopen, according to Datassential.

This comes as consumers’ fears over using restaurants has declined over the past month. On April 7, 64% of consumers said they would definitely avoid eating at restaurants. That figure declined by 9% by May 7, per Datassential. In addition, 27% of consumers remain nervous but will still dine out, while 18% of consumers have no concerns about eating in restaurants.

Make no mistake about consumers’ feelings toward restaurants. They continue to look forward to returning to dining rooms once they feel it’s safe to do so. Sanitation and cleanliness will be big factors, according to various industry studies. And consumers are starting to think of what they intend to order as part of that initial dining out experience. Sixty eight percent of consumers intend to order something indulgent when dining on premises for the first time, according to Datassential.

Still, takeout remains a complicated proposition for operators, particularly those whose restaurants rely heavily on customers dining on premises. According to Datassential, 11.5% of all restaurants are confirmed closed, including 3.3% with no plans to reopen. That translates into squeezing eight months’ worth of restaurant closures into six weeks, per Datassential.

“Many restaurant operators have weighed the value of limited operations versus the cost of opening, health risks, or other factors, and chose to remain closed or continue with a takeout-only model,” says David Portalatin, NPD food industry advisor.