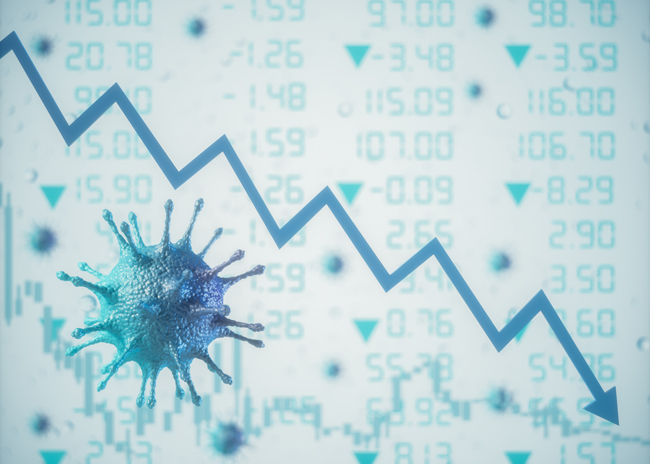 It’s no secret that the restaurants represent one of the industry’s hardest hit by efforts to stem the growth of the coronavirus. And the punch the industry will take may be bigger than first anticipated.

Overall restaurant industry sales will decline by $240 billion in 2020, according to research from the National Restaurant Association. This represents a $15 billion increase compared to the NRA’s initial estimate released on March 17. In April alone, the NRA projects industry sales will decline by more than $50 billion. It comes as no surprise then that 4 in 10 restaurants are closed, per the NRA. In addition, 2 out of every 3 restaurant jobs have been lost, translating to more than 8 million restaurant industry employees being furloughed or laid off.

“The restaurant industry has been the hardest hit by the coronavirus mandates—suffering more sales and job losses than any other industry in the country,” said Sean Kennedy, executive vice president of public affairs in a letter to congressional leaders from both parties. “On March 18, we wrote you warning of a bleak outlook for the restaurant industry…as the pandemic was unfolding. One month later, we have a clearer picture of the severe challenges that lie ahead and ask for a focused solution on behalf of an industry that is a vital part of every community.”

To help stabilize the industry for the short-term, the NRA developed what the association calls a “Blueprint for Recovery.” This plan includes asking for lawmakers to develop a temporary $240 billion Restaurant and Foodservice Industry Recovery Fund, which would function as a grant administered by the U.S. Department of the Treasury. The multi-faceted plan also calls for replenishing funding and fixing “structural issues of the Paycheck Protection Program (“PPP”),” creating a tax credit or grant for healthy restaurants, providing federal relief for employers’ share of unemployment insurance and increase funding for Economic Injury Disaster Loans.

Another notable part of the plan calls for expanding the Restaurant Meals Program to serve all Supplemental Nutrition Assistance Program (SNAP) participants during the COVID-19 crisis and give the U.S. Department of Agriculture flexibility to temporarily waive requirements allowing states and restaurants to quickly participate in the program. This would increase the number of food access points for hungry people and allow restaurants to play a role in this endeavor.

The renewed calls for help from the NRA come as transactions at U.S. restaurant chains declined 43% for the week-ending April 12 compared to the same period in the previous year, according to data from The NPD Group. This represents a 2% decline from the previous week.

The mixed results beg the question: Is this instability simply a sign of the times or a harbinger of things to come. “I’m hesitant to make a big deal out of this week-over-week decline because I think some volatility during a time of unprecedented disruption is expected,” says David Portalatin, NPD food industry advisor. “With 5 million additional unemployment claims this week, we may begin to see consumers hesitant to spend at restaurants. In addition, while almost all U.S. restaurant dining rooms are closed, there is mounting evidence that some units are closing altogether. Although much of the business can be absorbed by other locations, especially chains, it’s reasonable to conclude that there is a point at which unit closures would erode volume further. On the other hand, we may see some lift from the government stimulus checks that have been issued.”

Not surprisingly, as the pandemic plays out and unemployment rises, consumers' finances continue to come under greater strain. For example, 47% of consumers say their money is tighter courtesy of COVID-19, per Datassential. An additional 34% say their money situation has not changed but they are trying to spend less, while only 19% report no impact at all.

One area where consumers feel the pinch is at the grocery store. It’s no secret that consumers continue to eat more meals at home. Doing so comes with a higher price these days and it’s not just for toilet paper or paper towels, which inexplicably remain in tight supply. According to Datassential, 38% consumers report spending more at the grocery store, 32% say grocery store prices are higher and they are paying more for items that would normally be on sale. In addition, 29% of consumers told Datassential they are going through food quicker because they are home more.

Further, the dip in transactions and tightening finances coincides with changes among consumer concerns about eating out. Sixty eight percent of consumers say they will avoid eating out, according to a Datassential study that ran April 10-13. This marks a 4% increase in consumers showing concern compared to the previous week. In addition, 20% of consumers are nervous but still plan to eat out, down 1% from the previous week. And 12% of consumers have no concerns about dining on food prepared outside the home, down 3%. This speaks to the bigger trend that 62% of Americans see this as a public health crisis compared to 38% that see it as an economic issue.

As they look to conserve cash, expect consumers to refer to many of the steps they took to weather the recession of 2008-09. According to Datassential, 38% of consumers plan to purchase restaurant food less often. When consumers do eat out, they will likely look to dine on a deal, choose less expensive restaurants, order less expensive menu items and favor value menus.