Beyond Farm to Table

It has been said that Alice Waters, founder of Chez Panisse in Berkeley, Calif., started the restaurant industry down the path to the farm to table movement back in 1971. In more recent years, this phenomenon has really blossomed, with an increasing number of restaurant operators creating on-site gardens, partnering with local farms to source meat and produce and, more recently, establishing their own full-scale farms that include animals. Homing in on one component of farms, beehives continue to create their own buzz among those operators particularly dedicated to the environment and sustainability. 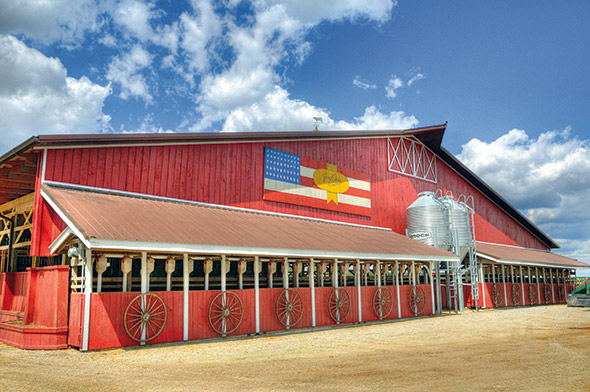 Farming for a Restaurant

Q: How did the farm aspect come about?

A: We’re a 20-year-old restaurant that started raising our own wagyu beef 10 years ago when our previous chef received the cattle for her birthday. The farm is six miles away from the restaurant and includes about 200 head of cattle, 40 to 50 Mangalica pigs, chickens, vegetables and herbs.

Q: How are the animals harvested?

A: We have a separate staff managing the cows and harvest two to four head of cattle every month for the restaurant. We outsource the slaughtering, receiving the primal cuts — hams, bellies and shoulders — and break it down from there. The meat arrives to us frozen. For a more intense flavor and development of muscular fat, wagyu is raised 33 months compared to 18 months for commercial beef. When our cows first start out, they’re grass fed, then they go to a finishing barn where they eat grain. We play old New York Yankee games, which is thought to calm the cows.

Q: What equipment is required when preparing meat from the farm?

A: Since we’re not harvesting, what we receive is a manageable piece of meat. We may use a hand saw to further break it down but mainly use knives. We also have a grinder for making sausages as well as a temperature-controlled charcuterie room.

Q: What advice would you give other operators looking to farm?

A: Do a lot of planning and have a lot of capital. Learning the ground is a process when growing vegetables. We have a hoop house where we can grow produce during the winter.

A growing number of foodservice operators continue to expand their farm-to-table visions to include beehives. Not only are apiaries environmentally friendly, restaurants can also reap the benefits of promoting their own signature, freshly harvested honey in numerous dishes and beverages.

The cost ranges from as little as $300 to as much as $17,000, depending on the bee operation’s size, equipment and management logistics.

Tools of the beekeeping trade include:

Polaris, the rotating restaurant at the Hyatt Regency Atlanta, added bees to its operation back in 2013. Executive chef Thomas McKeown serves as beekeeper to 350,000 bees and 4 hives. He’s become adept at not only harvesting honey but assessing bee activity.

Even the world’s largest quick-service chain has tapped into the bee craze. This past May, McDonald’s opened a mini version of its restaurant in Sweden just for bees. Dubbed the McHive, the miniature to-scale restaurant operates as a fully functioning beehive and serves as more than a symbolic gesture focusing on bee preservation; it’s the start of a movement, as several of McDonald’s locations in Sweden have installed rooftop beehives. 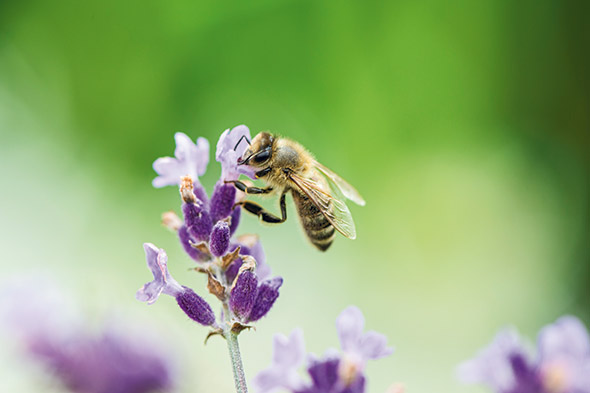