GetFried, a 12-unit french fry-focused quick-serve chain has been acquired by ZorAbility, an investment firm. As a result of the deal, the chain restaurant company will change its name to  GetFried Franchise USA LLC, and franchise-industry veteran Mark Lyso will serve as president. 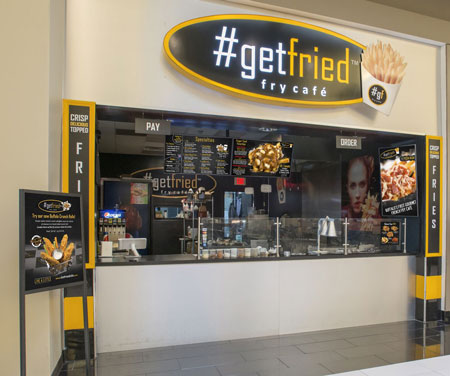 ZorAbility was launched in 2016 by Sam Ballas, president and CEO of East Coast Wings + Grill. GetFried is ZorAbility’s first acquisition. “GetFried is an ideal brand for nontraditional locations, international and highly populated markets,” said Ballas. “Through franchising, we anticipate scaling GetFried anywhere between 200 to 250 locations over the next five years.”

Founded by friends and business partners Chris Covelli and Garrett Green, GetFried was launched in February 2015 with the opening of a concept store in Buffalo’s Walden Galleria Mall. The company opened a second corporate store in December 2015 in the Fashion Outlet Mall in Niagara Falls. In 2016, the company began franchising. The franchised GetFried then grew across the country. Coverlli and Green will still be involved in GetFried, per a release announcing the deal.