Homing in on Zero Waste

The zero waste philosophy focuses on eliminating all or most material sent to landfills, oceans, or incinerators through reuse, recovery, recycling and composting. That generally means a 90 percent to 95 percent diversion rate of solid waste. Elimination of all landfill waste is the ultimate goal for the zero waste movement. More institutions around the country continue to join this effort given growing concerns over dwindling landfill space, leaching gases and the continued environmental impacts of ocean dumping or trash incineration.

The big question for foodservice operators: Can and do 100 percent zero waste kitchens even exist? Even if businesses do their best to reduce their purchase of nonrecyclable plastics, it can be challenging to truly achieve a zero waste operation in light of age-old manufacturing practices in this country 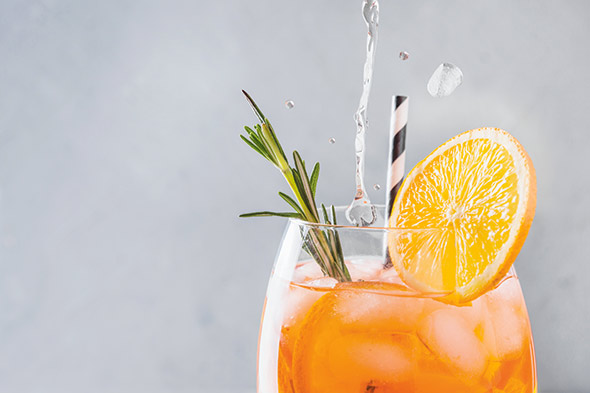 Clearly, restaurants and commercial foodservice operations generate waste, specifically food waste. Zero waste cooking folds into this arena as a way to use every element of each ingredient, prompting a root-to-stem approach.

“Most of the time when we hear people in the food industry say zero waste, they are referring to zero food waste, which is slightly less challenging to achieve,” says Kerri Ingraham, principal at Ricca Design Studios. “Even though more plastic these days can be recycled, it’s all eventually downcycled, meaning even if it’s turned into a toothbrush, it will eventually get thrown away and end up in a landfill.

A Decade of Zero

The Hotchkiss School, a Lakeville, Conn., college prep boarding school, has dedicated itself to food waste reduction for more than a decade. “Our food waste strategy is essentially, ‘feed humans, feed the pigs and feed the dirt,’ in that order,” says Mike Webster, dining services manager for the Sodexo-run program.

Sourcing and relationships with farmers remain an important part of food waste reduction, though it might not appear that way at the outset. For about a decade, the school has managed its own 280-square-foot on-site farm, and Webster goes so far as to compare the commitment to farming with that of a varsity sport for students. As early as the second day of classes, Webster says students will go out to the farm during a class and dig potatoes. The school employs a professional farmer to manage the farm year-round.

The farm only produces about 7 percent (35,000 pounds) of food for use at the school per year. The other meat and vegetables served at the school come from farms within 100 miles. The school’s farm also keeps its own pigs, which eat the leftover scraps the kitchen staff do not use.

The first step in source reduction at Hotchkiss comes from cross-utilization, says Webster, such as using leftover pulled chicken in salads and rice and pasta for lunch. He also emphasizes the importance of smart purchasing; the school buys whole or half animals from family farms and uses the entire animal. Hotchkiss also buys dried goods, like beans, in bulk to cut down on packaging waste and plastics. Other mindfulness practices include not overproducing food and focusing on batch cooking.

The school also works to support the food insecure. As a certified food recovery site, Hotchkiss has about 15 pickups per year of leftover, overproduced food that staff could not reuse in the kitchen, according to Webster. The school also makes a weekly donation of fresh vegetables from its farm to a local food bank, donating about 8 percent to 10 percent of total farm production over the course of the year, he says.

Lastly, anything that cannot go to feed other humans or animals becomes compost. Some small-scale composting takes place on-site, but most goes to a facility 15 miles away. That includes compostable plates, cups and napkins used to make high-quality dirt. When it comes to cooking oil, Hotchkiss partners with a fryer oil maintenance company to send its oil for use as biofuel.

Staff recycle anything else, like boxes. Webster says the school has not definitively measured its zero waste diversion percentage but feels very little actually goes to landfills.

Another leader in zero waste efforts is the University of Massachusetts–Amherst. The college even hosts zero waste events. The events, which started in 2010, led to the creation of a comprehensive guide that other colleges and universities can use to develop their own zero waste plans. Administrators at the college have set a goal to become a zero waste campus (90 percent diversion or more) by 2050 as a step toward becoming a carbon-neutral and more sustainable campus.

The university’s goal falls in line with the Massachusetts 2010-2020 Solid Waste Master Plan (SWMP), which lists the following as its first objective: Increase business and institutional recycling and composting. Since 2014, institutions in Massachusetts that produce more than one ton of food waste within the state are required to have a composting system and divert as much of this waste as possible. The SWMP also includes benchmarks and goals for the state, such as a commitment to zero waste by 2050.

The university found that widely marketing the event specifically as zero waste draws a larger number of students, faculty and staff. It also prepares participants for a bit of a different experience than a typical barbeque. One year, the only landfill waste that accumulated from its zero waste event was in the form of staff accidentally throwing out reusable towels and partially contaminated compost bags, according to a university case report.

While source reduction remains the first step in overall food waste reduction, the university also partners with a local farm to convert the food waste and compostables into nutrient-rich soil, some of which returns back to the university.

Those interested in following Hotchkiss School’s lead and creating a zero food waste plan can begin by studying the Environmental Protection Agency’s Food Recovery Hierarchy pyramid. That’s what Ricca Design Studio’s Ingraham recommends for a crash course in zero waste. The EPA outlines steps that include source reduction and reuse, recovery and composting.

Tracking is the first place to start, whether it’s as rudimentary as a dumpster dive or more sophisticated, using waste-tracking scales and software. In fact, according to waste management consultancy Leanpath, operators can slash at least 2 percent to 6 percent or more of food costs by tracking the food thrown away.

Once measured and analyzed, the next step is to empower staff to minimize waste and reuse scraps. That’s nothing new among today’s chefs.

An overwhelming number of chefs predict that restaurant food and menu offerings will be influenced by zero waste cooking this year, along with hyper-local sourcing, veggie-forward cuisine and natural ingredients, according to the National Restaurant Association’s What’s Hot 2019 culinary forecast. In fact, zero waste cooking (elevated cuisine using food scraps), was ranked as the No. 2 trend, second to cannabis and CBD cooking.

Chefs are getting more and more creative with their scraps and leftovers, using leftover latte milk for making ricotta, rubbing steaks with coffee grinds, pureeing beet greens and adding shells, bones, vegetable trimmings and more to make flavorful stocks as the base for many meals. Using scraps and zero waste cooking were both themes that came up in NRA’s What’s Hot 2019.

More chefs now purchase whole animals or primal cuts for multiple dishes or produce from closed-loop, aquaponic and hydroponic growers using recirculated water and fish that work in tandem to feed the plants and the fish, and do the same over and over again.

Ingraham says that, as farming, hydroponic systems and living walls become more accessible and easier to manage, almost all of her newer operator clients are at least looking to grow their own herbs or other small vegetables on-site. “When done in a safe manner, these solutions are not only beautiful, they offer yet another way for customers to see where their food is coming from, and that’s very attractive,” she says.

How operators store food on-site also has an impact on zero waste as well as on equipment and design, Ingraham says. That means skipping plastic wrap for reusable containers and other smallwares investments, and then from a design perspective, making room for those things.

Following food safety practices ensures food donations remain safe, according to the NRA’s guidance for food donations. This is where blast-chillers come in handy for long-term storage and safe donations.

Feeding animals is the next step. A growing number of farmers accept leftover raw food (not coffee grounds or high-salt foods) for pickup. Specific regulations vary from county to county.

And then there is industrial-use recovery, such as partnering with fryer management programs or biofuel producers who pick up used cooking oil for conversion to an alternate fuel source. According to the NRA, 74 percent of restaurateurs currently recycle their used FOG: fats, oils and grease.

The last step in the chain before recycling and landfills is composting.

Anaerobic digestion (AD) is part of this and slowly becoming more popular. AD takes organic material and ferments it in the absence of oxygen. This also creates methane (natural gas) that can be burned for industrial uses or to make electricity.

Historically, an operator would have to partner with a local waste management or AD facility to divert its food waste this way; however, new innovations are opening up the doorways for on-site digestion. Some larger institutions like colleges, universities and healthcare facilities are investing in smaller-footprint digesters that the facility can manage more easily on-site.

“I am seeing more projects considering on-site digesters as part of their equipment package,” Ingraham says. “This doesn’t make sense for smaller operators, but larger institutions like the idea as a way to use food waste to generate their own energy or at least put it back on the grid.”

As people become more aware about climate change and figuring out ways to reduce negative impacts on the environment, managing food (and all) waste is an important part of that equation. As more chefs get into the action, it’s actually — finally — becoming trendy.

“I think we are getting closer to zero food waste because we have more creative strategies and tools at our fingertips to be able to divert as much food and other waste as possible from going to the landfill, if at all,” Ingraham says. “The sooner we get to 100 percent, the better for all.”

UMass holds regular events on campus to educate students about zero waste efforts. Some of the pointers for operators who want to host their own zero waste events:

Cleanup and next steps