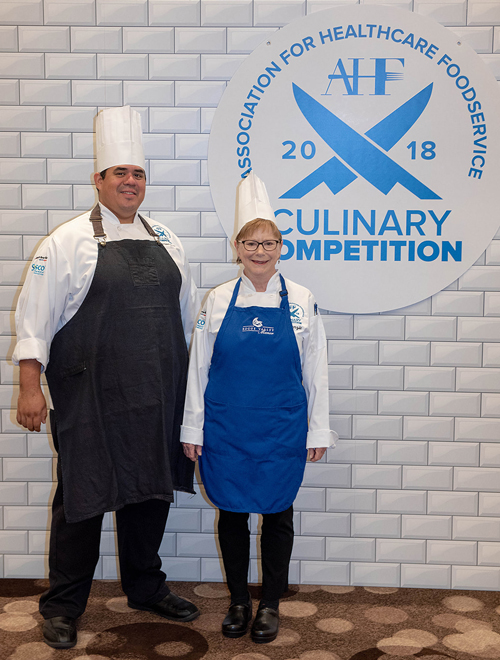 The finalists, teams from five hospitals and long-term care facilities, competed to create the best meal from original recipes, with judging on organization, culinary skills, taste and presentation. Meals had to be suitable to serve in healthcare foodservice facilities and meet cost requirements of no more than $8 per meal and nutrition parameters of no more than 700 calories, 23 grams of fat and 750 mg of sodium. 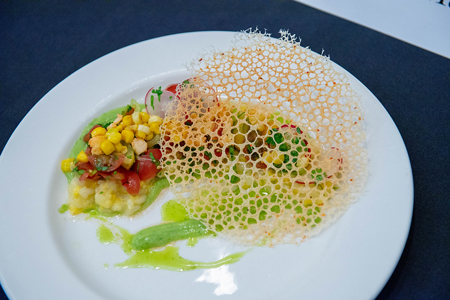 Navarette said his team’s winning dish was inspired by grilled Mexican street corn called elotes, served with crema, cotija cheese and spices. Menzie said he used a seaweed stock with avocado to make a crema-like sauce and pickled cauliflower and cilantro oil to get the cheese flavor from plant-based ingredients. The corn was topped with spices and garnished with fresh tomatoes and green onions.

Just before the final competition, chefs received a “mystery ingredient” to incorporate into their meal. This year’s ingredient was a choice of a craft brew beer from the Minnesota-based craft brewery Surly Brewing Co.

The winning team incorporated the ingredient into the risotto. The beer made the recipe not purely plant-based, but it complemented the flavors of the dish, Navarrete said.

Other finalists competing were: