Cyndi Roberts to become president-elect for the healthcare foodservice organization. 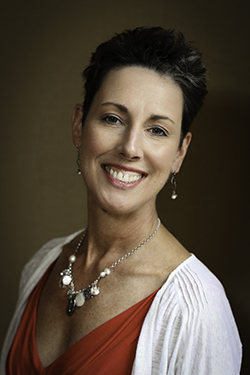 Roberts will assume her new position when current president-elect Martha Rardin becomes president of the association in October. Rardin is director of nutrition and dietetics at Hendricks Regional Health in Danville, Ind.

Roberts has been active in AHF leadership since 2010 when she began serving as a board member in the Chicago Midwest Chapter. Since 2014, she has held several other positions, including chair of the AHF Marketing Committee, co-chair of the Advocacy Committee, director at large, and member of the National Nominating Committee. She currently serves as AHF treasurer.

Other newly elected officers and their new positions are:

Candi Johnson, treasurer-elect. Johnson, system director of nutrition services at Swedish Health Services in Seattle, is currently secretary of the AHF Board of Directors. She has also held several leadership positions in the Washington State Chapter.

Bill Marks, secretary: Marks, director of food, nutrition and environmental services at Hennepin Healthcare in Minneapolis, is currently a member of the AHF Board of Directors. In this role with Hennepin, he converted both the health system’s food and environmental services to self-operated, which significantly increased patient satisfaction while reducing operating expenses.

Eric Eisenberg, director at large: Eisenberg, director of dining services at Rogue Valley Manor, a Pacific Retirement Services Community in Medford, Oregon, has been active in AHF and its legacy organizations since 2004. Earlier, Eisenberg served as president of the AHF Washington Chapter and has long been a champion for the annual Culinary Competition.

Leisa Bryant, director at large: Bryant, director of food and nutrition services at University of Texas MD Anderson Cancer Center in Houston, has been active in AHF since 2007 and has advocated for self-operation among healthcare executives using data from AHF’s Benchmarking Express.

Mark Dunn, nominating committee member: Dunn, regional director of hospitality at Providence St. Joseph Health in Portland, Oregon, has spent more than 30 years in healthcare foodservice. His team was the recipient of the 2017 AHF Spotlight Award for their system’s SharePoint work.