Starbucks Opens Princi Bakery and Cafe at its Reserve Roastery

Coffee giant to expand with Princi, including launching standalone Princi stores, in 2018

The first Princi bakery and cafe in the U.S. has opened inside the Starbucks Reserve Roastery in Seattle. The location features fresh on-site baking through an arrangement with artisian baker Rocco Princi. 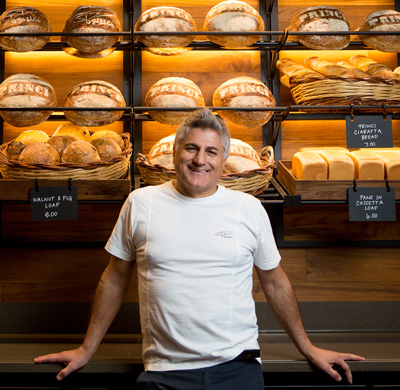 In addition to its own Reserve Roastery locations, Starbucks Coffee Company plans to begin opening standalone Princi stores in 2018. That expansion is the result of a global investment team established in 2016, which includes Starbucks, Angel Capital Management and Pekepan Investments.

The Seattle store centers around the ovens, the coffee giant noted in a release announcing the opening, with more than 100 menu items. The Italian-centric food offering includes cornetti (similar to a croissant), focaccia sandwiches filled with salame Milano and mozzarella di bufala and crostata fragola (an Italian dessert, similar to a fruit tart). Starbucks notes that a “commessa” (the Italian word meaning shop assistant) will guide customers through the offerings.