Wine trends include the surge in popularity of organic and natural wines, plus new wine-related storing and serving technology. 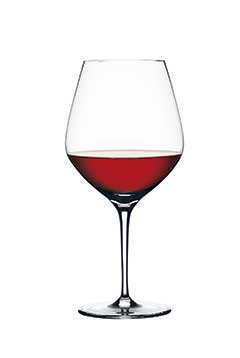 Photo courtesy of LibbeyConsumers today have more access to quality wine than ever before. They can enjoy a wine flight at their local supermarket or sip on a glass with dinner at their favorite fast-casual restaurant. Even Taco Bell and hospitals serve wine.

According to research firm Datassential, 13 percent of consumers have a glass of wine (or two) every night. The frequency with which consumers drink wine has led to expanded opportunities to do so. Restaurants offer patrons the chance to try new varietals or even wine on tap. Despite wine's renaissance, one in four consumers still say they don't know much about wine, according to Datassential.

Cost is a factor, followed by limited education and confusing labels and descriptors, not to mention the endless choices on restaurant wine lists these days. So, it's up to operators (and retailers) to diffuse some of that confusion in the form of tastings and other education.

More menus have expanded to include wines outside of the ubiquitous cabernet red or sauvignon blanc white. Rosé, in particular, has seen a whopping 31 percent menu incidence growth over the past 4 years, per Datassential. Fortified wines like marsala, sherry, madeira and vermouth are growing in popularity, as well. In fact, 43 percent of consumers — especially those aged 21 to 34 — say they are likely to try these types of wine at a restaurant.

And muscat, or moscato, continues to grow in popularity as consumers prefer its semi-dry, unique taste. 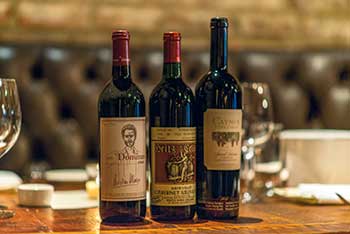 Operators benefit from wine tastings and other education efforts that expand customers’ wine knowledge.Technology has also changed how restaurant operators serve wine. Some restaurants present wine lists via tablets that diners can use to scroll through options and learn more about each wine and its producer and recommended pairings. When bottles go out of stock or the selection changes, these tablets make it easier for operators to update their list.

Beer has been served on tap for years, but now, manufacturers are developing taps for wine to boost profit margins on pours, improve quality and reduce waste. Wine taps, in addition to preventing spoilage, allow operators to offer more wines by the glass because they don't have to worry about selling an opened bottle within a day or two. One wine tap model uses a temperature- and humidity-controlled enclosed system to preserve opened wines for up to 60 days. Others allow customers to pour their own wines during special events. Most taps have separate temperature settings for white and red wines.

Other similar types of refrigeration systems use special plugs to remove air from opened bottles so operators can serve wine from these specific bottles the next day or even two days later. Not only do these systems help the wine last longer, they also minimize the potential for waste.

Another manufacturer has cut out the waste of bottles and fills stainless-steel barrels instead. Some argue this "keg wine" can help maintain the integrity of the wine's flavor by bypassing the bottling stage, which can introduce some oxidization, and maintaining proper temperature control.

Organic wines — those made with grapes grown using organic methods and free of pesticides — are growing in popularity. In fact, 48 percent of chefs pointed to this as a top trend on the National Restaurant Association's 2017 What's Hot survey.

These and other types of natural wines are becoming more popular among unique wine drinkers. Organic wines require minimal processing, which means they don't include extra sulfites or other additives. As a result these wines can often appear fizzy, cloudy or even provide some clear evidence of natural yeast floating in the glass, according to Andrew Freeman & Co.

At the newly opened Bad Hunter in Chicago, beverage director Michael McAvena has hand-selected a list of up to 80 bottles, highlighting pétillant-naturel and orange wines, to pair with the vegetarian-forward menu. McAvena describes these types of natural wines as those grown organically or biodynamically and/or without manipulation in the winemaking process.

"The most frustrating thing about these wines is that there is no governing body that defines what natural wine is — so it's just a general ethos," McAvena says. "Most commercial producers add acid, sugars, sweeteners, color-changing elements, aromatic yeasts and use filtering processes to alter the taste and consistency of the wine."

Natural wines, on the other hand, use native yeast rather than commercially added yeast during the fermentation process to let the terroir of the grape and the growing environment really shine through in taste. Biodynamic winemaking in particular relies on moon cycles, crop rotation and other environmental patterns — even animals native to the region — to grow the grapes in a closed-loop, sustainable way without the use of pesticides and other agents. Similar to sour beers and lambics — which use naturally occurring, wild yeast on the grape skins and in the vineyards instead of commercially-produced yeasts from laboratories — these wines can have a very complex taste, even earthier and funkier in some cases. Others have a naturally occurring effervescence. And while all wines have some naturally occurring sulfites, they won't have any extra added, so they're less apt to cause headaches and dreaded hangovers.

These days, McAvena favors a natural Beaujolais from the Rhone Valley with more acidic than traditionally sweet notes compared to its commercially produced sibling. There are other natural wines from Europe, but also from California, Oregon, and even New York state and Maryland. Even Mexico has some natural wines.

McAvena sees natural wines as perhaps the next big thing in the wine world. "You have so many people eating organic these days and even choosing vegan clothes, but they don't necessarily know where their wine is coming from or how it's produced," he says.

The key to sourcing these natural wines is to know your producer, just like when sourcing heirloom vegetables or humanely raised meat. Many boutique wholesalers offer more natural wine education and bottles than before.

"We've gone through a craft beer push and cocktails and cider are still popular, but wine for some reason can seem like it comes from this unapproachable, pretentious world you don't belong in," McAvena says. "I'm finding that's not the case at all and it's easier to constantly try new wines." 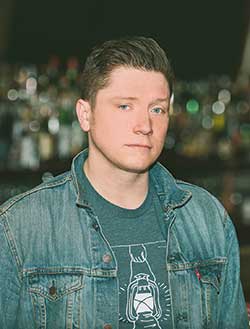 Wine E&S by the Glass