Not Your Typical Tapas: Spanish Restaurants

Vastly different from the tapas eateries that raged in the '90s, Spanish restaurants trending today focus on Mediterranean authenticity. While these menus incorporate traditional Spanish ingredients, techniques and recipes, they take a more modern approach through local and global flavors. 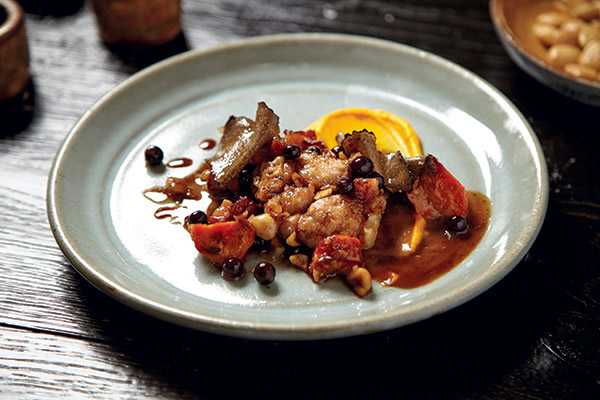 FE&S: How is Salero's cuisine different from the tapas of the '90s?

AA: Spanish food has, in the past, been made generically, with the same dozen dishes being done over and over. Salero and other modern Spanish restaurants are taking a new approach, using our local ingredients and seasons as inspiration and combining that with the Spanish pantry and tradition.

AA: Spanish cuisine fits well with people's lifestyles today. It is light and fresh, with less dairy and gluten. People see Spanish cuisine as a refreshing change of pace from the overwhelming number of Italian restaurants.

FE&S: What are your favorite Spanish ingredients to work with?

AA: We use an amazing amount of olive oil, Jamón ibérico, smoked paprika, anchovies and olives. These ingredients truly make up a great part of the food at Salero, and they provide integrity to our cuisine.

FE&S: How do you incorporate local foods and flavors into your Spanish-influenced dishes?

AA: As many of our proteins and vegetables as possible are sourced from our local friends and farmers. We believe the Midwest produces some of the best food in the world. In Spain, restaurants source locally, and we respect that tradition here as well.

Salero's Wine & Service Director Christopher Fisher talks about the increasingly popular, fortified wine made from white grapes. To be labeled "sherry" the wine must come from the Sherry Triangle in the province of Cádiz, Spain. Fisher describes different sherries and their pairings at Salero, from light to dark.