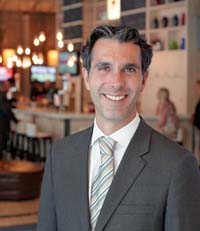 del Olmo will work from DineEquity's corporate headquarters in Glendale, Calif., and lead a single team that will serve the needs of international franchisees and work to grow the global footprint of DineEquity's brands.