Slater's 50/50, a Southern California chain founded by 31-year-old entrepreneur Scott Slater, has been on an expansion kick. 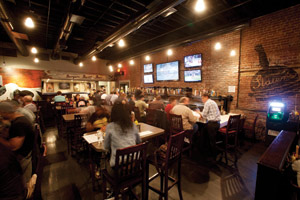 Slater's 50/50In fact, Slater says his goal is to become a national brand by opening a new restaurant every 90 days. Along those lines, the company recently opened its sixth location, this one in Rancho Cucamonga, Calif. Since opening, the burger concept has earned accolades for its signature half-beef, half-bacon burger and less-traditional toppings like peanut butter and jelly and Fritos, developed by executive chef Brad Lyons. Slater's also offers a wide selection of craft brews.