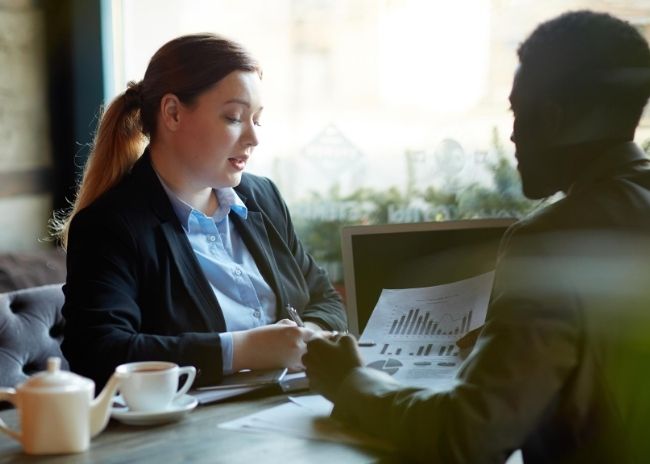 The Quest for Bright Spots in Restaurant Data Continues

Another week and more of the same for the restaurant industry. As confirmed cases of COVID-19 continue to rise throughout the country, sales at restaurant chains remain generally flat as operators everywhere brace themselves for what might come next.

In February 2020, before the mandated dining room closures aimed at stopping the spread of COVID-19 took effect, only 19% of full-service restaurants’ traffic was for off-premises consumption, per the NPD Group. But as state and local governments took a more active role in outlining how foodservice operators could engage with their customers, full-service restaurants were left with little choice but to enhance their off-premises game, which will remain an essential part of their business models for the foreseeable future as governments ramp up restrictions in response to the country’s growing COVID-19 cases.

“Long before COVID consumers were already favoring quick service restaurants and off-premises dining, and this trend has accelerated during the pandemic and will most likely be a behavior that will stick,” says David Portalatin, NPD food industry advisor. “For full-service restaurants it will mean more flexible operations, delivering on the on-premises experience and optimizing off-premises services. I see this as a sea-change for the U.S. restaurant industry.” 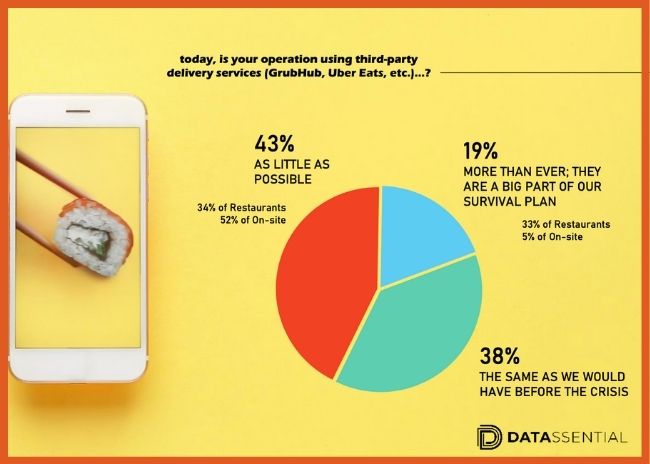 Still, customers have an appetite for the on-premises experience, provided they feel it’s safe. In fact, traffic at full-service restaurants increased 152% in June compared to the previous month, and 69% of that increase was due to the return of dine-in traffic, NPD reports.

As the number of positive COVID-19 cases continue to mount across the country, the restaurant industry continues to face an uncertain future. For example, although not one of the country’s hot spots – yet – Illinois Governor J.B. Pritzker may follow the lead of Chicago Mayor Lori Lightfoot by forcing bars without food licenses to serve patrons outdoors only. The city’s rule also requires customers place significant food orders and not just order drinks when dining inside. At least one Chicago political columnist sees potential for Pritzker to go farther than Lightfoot in his response to Illinois’ growing number of COVID-19 cases.

One big question on the minds of many is whether some restaurants and bars can withstand yet another shutdown, particularly when so many have had to close and reopen in recent months. Per Datassential, 22% of operators closed and reopened, 10% have closed completely since the start of the crisis, 8% have reopened and closed multiple times and 4% stayed open at first and since closed completely. Only 56% of all restaurants have stayed open since the start of the crisis, per Datassential. In other words, apprehension among operators is understandable and yet they may be asked to adapt the way they serve customers yet again in the very immediate future.

For example, on Aug. 3, bars and night clubs in Anchorage, Alaska, reverted back to takeout, delivery and curbside pickup only in response to an emergency order signed by Mayor Ethan Berkowitz. The order, which is expected to run through Aug. 30, restricts on-premises dining at restaurants and breweries to outdoors only and requires tables be set 10 feet apart. Many independent operators in the area are left wondering if they can withstand this latest setback.

Some state governments have sought to take a slightly more scaled back approach to stemming the rising tide of COVID-19 cases, at least when it comes to restaurants. For example, under an executive order from South Carolina Governor Henry McMaster, restaurants now must adhere to the same guidelines as other businesses. One notable element of the executive order is mandatory masks for restaurant staff and guests, even if the municipality where the business operates does not require this. In addition, the executive order prohibits standing or congregating in bars and limits restaurants to 50% of their normal capacity.

Naturally, the thought of additional restrictions on restaurants and bars is not something operators, or their supply chain partners, for that matter, wish to hear but it’s becoming a reality they may well be forced to embrace.

And the uncertainty does not stop with just the rollbacks. Bigger economic issues loom large on the horizon. “As we move into the weeks ahead the possibility exists for setbacks in restaurant customer transactions. Up until July 31, somewhere between 25 and 30 million Americans were receiving Federal Pandemic Unemployment Compensation as part of the federal government’s CARES Act, which has provided $600 a week of enhanced unemployment benefits,” says Portalatin. “These unemployment benefits translated to between $15 billion to $18 billion per week being put into consumers’ bank accounts, and for context, total restaurant industry sales right now are a bit less than $8 billion per week. Although the benefits don’t entirely evaporate on Aug. 1 because of backlogs and late claims, the loss of the $600 a week unemployment benefit could adversely affect the restaurant industry.”

For its part, the NRA sent a letter to House and Senate leadership supporting some components of the latest coronavirus response legislation, and urging Congress to find bipartisan consensus on issues the organization feels could have considerable impact on the short- and long-term survival of the restaurant industry.

The NRA shared its perspective on the Senate HEALS Act, which proposes to allow small businesses with fewer than 300 employees and that can demonstrate a 50% loss in quarterly gross receipts over the previous year to apply for a second round of PPP loans. At this threshold level, 55% of restaurants will not be eligible, per the NRA. In a letter from the NRA, the association appeals for a 20% threshold, which would make 430,000 restaurant owners eligible for a second loan. Such a change would ensure that restaurants with a low gross revenue loss, but still facing bankruptcy, would be eligible.

“The PPP got thousands of restaurants through the spring shutdown, but most are now open under strict business limitations and every month are wrestling with their bottom line,” says Sean Kennedy, the NRA’s executive vice president for Public Affairs. “A second round of PPP will make or break these restaurants, so we encourage a bipartisan agreement to lower the qualifying threshold so that more of the struggling restaurants in our communities can have a fighting chance.”

The NRA also warned Congress that without its action, restaurants across the country will soon be on the hook for thousands of dollars in unexpected tax bills. Because of an Internal Revenue Service decision made weeks after restaurants started accepting their PPP loans, normally deductible business expenses are no longer deductible if the business pays the expense with a PPP loan that is subsequently forgiven.

“This undermines the survival intent of the PPP program by imposing an unexpected tax liability of 25%–35% on forgiven loans,” said Kennedy. “Restaurants that obtained a PPP loan to support employees and pay bills should not be facing unexpected, unintended tax burdens that further depletes their cash on hand. These PPP expenses should not face a massive clawback in the form of federal taxes.”

No longer content to take their losses lying down, a group of big-name Chicago restaurants have filed suit against their insurers for breach of contract, among other things. The suit contends the restaurants’ COVID-19-related losses are not the result of an act of God or an event like a fire, but rather due to the state and local mandates issued to limit the spread of the coronavirus and questions the legality of the shutdown and reopening orders. The list of those restaurants suing their insurers includes Gibson’s Restaurant Group, Lettuce Entertain You Enterprises, Noodles & Company and Roti Restaurants.