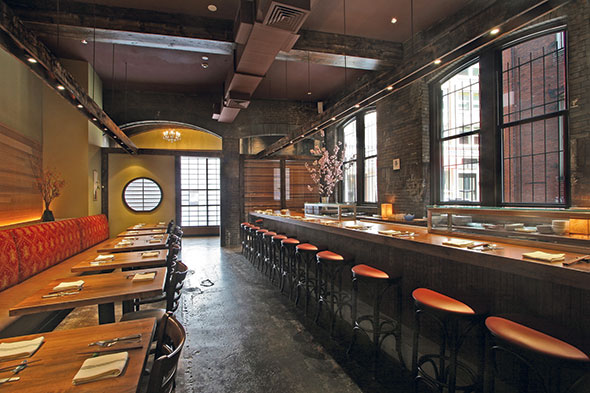 Restaurants Remain on Road to Recovery for Second Consecutive Week

For the second consecutive week the restaurant industry has some positive news on which to chew.

Transactions at U.S. restaurant chains only declined by 32% for the week ending April 26, per data from The NPD Group. This marks a 4% improvement compared to last week and it represents the second consecutive week where this key metric showed improvement. Prior to the past 2 weeks, transactions were declining at a rate greater than 40%.

“Government relief payments and overall improvement in consumer spending most likely contributed to the easing of transaction declines,” says David Portalatin, NPD food industry advisor. “Looking to next week, we might anticipate the upward trend continuing as restaurants begin to reopen their dining rooms.”

Indeed, as a national shutdown of restaurants gives way to a more regional approach, it would seem logical that restaurant industry sales would continue to inch upward. For example, in Georgia restaurants could reopen on May 27. And late last week, Texas allowed its restaurants to reopen provided they do not exceed 25% of their capacity. Over the next two weeks, more than 300,000 restaurants could potentially reopen for on-premises dining, the NPD Group reports.

One chain that will certainly help boost restaurant transactions is Starbucks’ plan to have 85% of its company-owned locations operating by May 9. By mid-June, the chain anticipates having 90% of its locations up and running. The Seattle-based coffee company should be better positioned to navigate the current climate than other operators given that 60% of its locations have drive-thrus and prior to the pandemic 80% of orders placed were to go. In addition to adhering to the guidelines set forth by the Centers for Disease Control and Prevention, including heightened emphasis on cleaning and sanitizing protocols in stores, Starbucks has expanded service beyond drive-thru to include mobile ordering for contactless pickup, delivery and, in some locations, curbside pickup and grab-and-go through the cafe.

Another chain making plans for reentry includes eatertainment concept Dave and Busters. Some of the precautions Dave and Busters plan to take include having staff wear masks and gloves and completing temperature checks prior to shifts; dedicating teams to sanitize games, kiosks, restrooms and all other surfaces all day; switching to disposable menus for one-time use only; offering gloves to guests who want to play games and more.

When consumers do return, though, they will bring with them many of the behaviors they have adopted during the pandemic. For example, 86% of consumers say they expect to wash their hands more frequently and maintain their distance from other diners, per Datassential. In addition, 83% of consumers plan to avoid crowded waiting areas and 79% will steer clear of restaurants with open food. Conversely, only 44% of consumers say they would be willing to wear gloves and masks while dining in restaurants.