Bill Immke never pictured himself in sales. The plan was to make a career out of the military. His path took a very different turn. 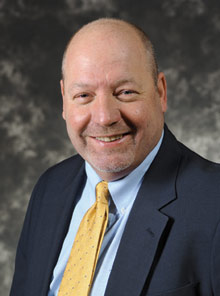 In 1979 Immke started driving a truck for SS Kemp, as the company was known then, on a part-time basis. After marrying and having kids, he then began working in the dealer’s warehouse, becoming an assistant manager. Shortly after, Immke tried his hand at being a sales rep.

“For six months, I worked a half day in the warehouse loading trucks, then sold in the afternoon,” Immke says.
“I did so well, that I transitioned into a full-time sales role.”

Twenty five years later, Immke has successfully built his book of business to include a series of regional chains and multiconcept operators. He credits much of his success to the knowledge he gained working in the warehouse and his experience doing installs. Immke also has been able to tap into his mother’s experience handling food and beverage for major Atlanta hotels.

FE&S: What made you decide to transition to sales?
BI: I really like meeting people and solving their problems. I make it a point to speak with everyone in the operation, whether they are a dishwasher or a chef, and treat them with respect. Many of these people become restaurant owners. I’ve been fortunate to work with those folks who have moved up in this industry.

FE&S: What is the most important lesson you have learned in sales?
BI: It’s important to do things right the first time and listen more than talk. I’m a good problem solver and try to make sure issues are taken care of right away. My team and I are very hands on. Also, having a military background has helped me out a lot in sales and making sure customers are taken care of.

FE&S: How has the role of the sales rep evolved since you first hit the streets?
BI: It has changed dramatically. Most sales reps are salaried instead of working on commission. It’s the one thing I don’t like about our industry, since it makes people lazy. I feel it is still important that I go to all my installs to make sure everything is done right. Projects have my name on it, so I put my heart and soul into each one. I’m not just in it to make a buck. Many of my customers have been with me for more than 20 years, which is a good testament to my work ethic.

FE&S: When a job or delivery does not go according to plan, how do you handle it?
BI: I first find out exactly what the problem is and how it happened. When issues come up, it’s important to work as a team and make sure everyone is on the same page. It’s not necessary to point fingers. The main goal is taking care of the customer.

FE&S: What is the most important attribute in being a successful salesman?
BI: The first step is to set goals. Those with no goals have no vision of where they need to be. It’s similar to following a map. It’s also important to figure out who to call on, including the type of customers that will be the focus. Sales reps need to make sure they are going after the right customers who can pay for their services. Brand new customers are the best because it’s the beginning of a relationship. When I was first starting out in this business, I knocked on many doors, and it would take a year before bigger accounts would work with me. Eventually, I would walk in at the right time, maybe after their supplier dropped the ball, and get the business.