Mike Van de Bogert, regional manager for Stafford- Smith Inc. in Kalamazoo, Mich., spends a lot of his time passing along the wisdom he has gained throughout his career to the less experienced DSRs on his staff and most of them ask the same thing. 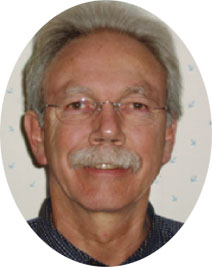 "I think everybody wants to know why they get certain customers," Van de Bogert said. "Back many, many years ago when I first started out I think I had the wrong ones. I had collection issues and other things right on down the line; it was one thing after another."

At that point, Van de Bogert took stock and decided to change his mode of operation. "I finally thought, ‘The heck with that.' I remembered my college courses and sat down and wrote a business plan over the course of three days." The result was dramatic. "I started going after a very specific type of customer: people I thought would give me repeat business, who could pay their bills and afford to do what they wanted."

The rest worked itself out, he recalled, because "with sales there is no smoke and mirrors. It's a really simple matter of product knowledge and being able to build a relationship. I've been fortunate enough over the years to be able to do that; to maintain the customers that I have, and fortunately they seem to do a lot of stuff all over the place."

Most of Van de Bogert's accounts are located between Michigan and Arizona. He also does a lot of work in the Caribbean for a pair of family-owned operations. "Contrary to what somebody else told me, I thought I'd treat them better than family because families don't always treat each other nicely."

"If you concentrate on the fundamentals and do those simple things right, the big things take care of themselves."

Then, when I was in college I worked in a couple of resorts in the summertime, so I was always in the business." When Van de Bogert graduated from college, he didn't want to stay in that side of the industry and came to work for Stafford-Smith. Van de Bogert's job as regional manager includes "making sure that the other DSRs we have in the office do their jobs: sell and go after the right customers, kind of the same thing I've done over the years."

Van de Bogert will also ride along with colleagues on sales calls to make sure that when they establish those relationships "that they are concentrating on what they need to, really listening to that person and really hearing what they have to say." Sometimes with newer associates, he noted, "You have to remind them that it's not about them; it's always about the customer. That doesn't seem to change."

Van de Bogert's clients are primarily chains and hotels, with some institutional feeders such as schools and nursing homes sprinkled into the mix. In all, he accounted for about $3 million in sales in 2006, probably an all-time personal high, he noted.

"I've had a couple of other years in which I did more than $2 million, but I don't really keep track of it too much." He was helped this year by lodging and chain customers in expansion modes. "Michigan's economy hasn't done that great, but we tend to keep on reaching out as a company and going to customers we haven't had in the past."

Van de Bogert likens his success to a sports analogy. "Look at great college football teams like Michigan and Ohio State," he said. "The reason they do so well is that they do the fundamentals correctly, and that makes their whole game look terrific. If you concentrate on the fundamentals and do those simple things right, the big things take care of themselves. If you've got the product knowledge, if you know what you're doing, you study your industry and you can build a relationship, then the rest of it just falls into place."