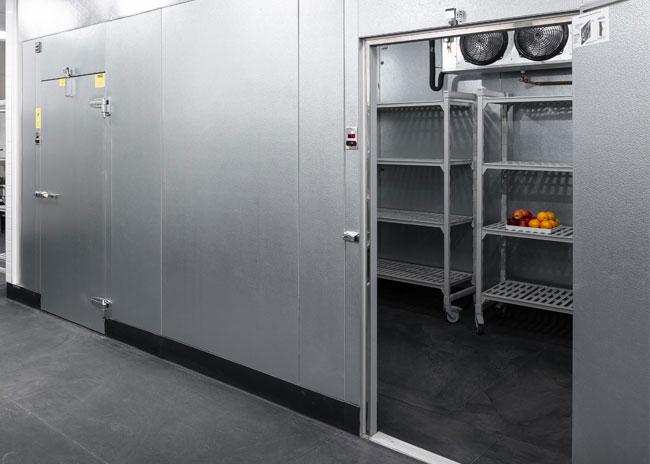 Choosing the best walk-in panel generally comes down to a couple of factors: what’s inside the panel and how it’s constructed.

When it comes to walk-in coolers and freezers, probably no factor makes a bigger difference in performance than the panel insulation. There are different types of insulation and they can vary widely in efficiency.

Next to insulation, the panel construction type plays a huge role in walk-in efficiency. How the panels are made and how they fit together determine how well they prevent heat leaks and hold the cold air inside.

What’s inside the panels and how they are constructed determines overall cost of ownership, so it makes sense to go with a manufacturer using the most efficient insulation and construction methods.

This article looks at two of the main insulation types and panel construction methods. While there are advantages and disadvantages of each insulation and construction type, one combination emerges as the frontrunner.

The insulation found inside walk-in panels can be made up of several different types of materials. Two of the most common are polystyrene and polyurethane. Polystyrene can be further broken into two types: Expanded polystyrene (EPS) or extruded polystyrene (XPS).

EPS is created by expanding small beads of polystyrene inside a mold. Applied heat and pressure cause the beads to merge to form the panel shape. Individual beads are closed cells but there are sizeable open spaces between the beads. For reference, a common example of EPS is Styrofoam.

XPS is made by injecting liquid polystyrene plastic into an extrusion mold which creates a foam panel. XPS insulation is also a closed-cell type but is denser than EPS. XPS is also typically considered to have a better insulation quality than EPS.

Polyurethane foam is a mixture of two chemicals known as isocyanurates and polyols. These two chemicals are usually injected into a flat fixture or mold. When they meet, the resulting reaction causes a rapid, steady expansion which fills the fixture and forms the panel. 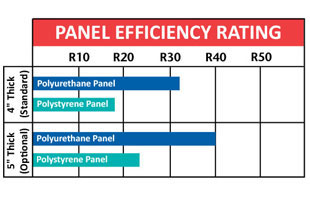 Any discussion of polyurethane or polystyrene must begin with R-value. Stated simply, R-value is the capacity of an insulating material to resist heat flow. The higher the R-value, the greater the insulating ability.

Polyurethane’s greater heat resistant properties mean a refrigeration system doesn’t have to work as hard to keep inside air cold, which saves energy. In fact, polyurethane panels typically have an R-value of 32 which meets or surpasses DOE regulations.

One of the most common disadvantages cited against polyurethane is that it loses R-value over time. However, both polystyrene and polyurethane can experience some fall-off over the years.

One other disadvantage is polyurethane panels usually cost more than polystyrene. While it’s possible to save money with less expensive insulation upfront, you make up for it in the long run with higher electrical bills.

As noted, polystyrene panels usually cost less than polyurethane and they are lighter and easier to handle. In addition, they provide good resistance to water and airflow.

Polystyrene is also a very flammable material. At around 200°F polystyrene completely melts. At one time or another you’ve probably thrown a foam cup into a fire and watched it dissolve, so you have an idea of how flammable polystyrene is.

Polyurethane, on the other hand, is a thermoset material which means it won’t melt. In fact, if polyurethane is set on fire, it will extinguish itself. Because of its ability to resist fire, polyurethane earns a UL Class 1 rating, which polystyrenes are unable to attain.

Other polystyrene disadvantages include poor resistance to ultraviolet radiation and chemicals including organic solvents. 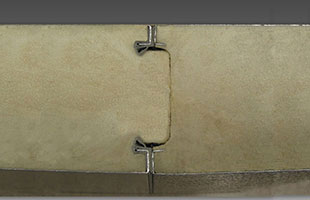 Most soft nose walk-in panels have tongue and groove construction to provide a tighter fit.

Soft nose construction means there is no hard rail or wood along the panel edge. Edges are made of the same polyurethane foam as the rest of the panel. Softer, more flexible edges enable soft nose panels to fit together better than other types. 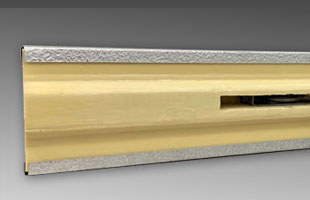 Hard nose panels have edges made from wood or high density foam rails. These edges are less insulating and don’t seal as thoroughly as soft nose.

Panels also connect to each other using different methods. Some panels are flat and require silicone sealant to form a bond. On the other hand, many soft and hard nose panels have a tongue and groove design to help them fit together better. The protruding tongue of one panel fits into the groove of the adjacent panel with each panel locked together by cam-locks or bolts.

Of all the assembly methods, cam-locks are best because they not only form a dependable seal but also make it easy to assemble and disassemble a walk-in. Should the walk-in need relocation or expansion, panels can be taken apart as easily as they are assembled.

Standard panel thickness varies but many are around four inches. But even if the thickness is the same, the insulation type makes a big difference in performance. Some manufacturers offer additional thicknesses of five or even six inches to provide additional insulation efficiency as well as an added support in snow load situations.

After reviewing insulation types along with construction methods, it’s clear that soft nose polyurethane walk-in panels hold an advantage over other types.

The insulation is more energy efficient and the seal between panels is more airtight. When you add tongue and groove construction and cam-locking assembly, the choice becomes even clearer.

For more information on panels and other walk-in advantages please visit our website or contact us for a quote today.