Our subscribing foodservice operators and dealers weigh in on the industry's performance this year and offer an early look at the industry's business climate in 2013. 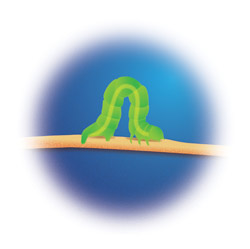 By most accounts, 2012 has been a solid but not spectacular year for the foodservice industry.

While the industry continues to enjoy some much needed growth, the fact remains that it's happening at a pretty moderate pace. For example, while 49 percent of dealers report an increase in the business booked for 2013, the average net growth rate is +2.41 percent. And the fact that 69 percent of dealers project their 2013 sales increases will come from operators renovating existing facilities or replacing old and outdated pieces of equipment instead of building new facilities shows that the industry is poised for another year of moderate growth.

On the following pages, the operator and dealer communities share their thoughts about the 2012 business environment and what they expect in the coming year.

For 2013, foodservice operators' gross profit projections remain fairly consistent with this year's results, with 37 percent projecting an increase. In addition, 40 percent of operators predict their 2013 gross profit levels will remain consistent with this year's levels and 23 percent expect a decline. On a more interesting note, operators seem to be learning some lessons from this year's challenging business climate and are ready to apply this knowledge as evidenced by the fact that the anticipated net change in gross profit is +1.55 percent.

Another part of operators' budgets demanding increased funds is food costs. In fact, 50 percent of dealers project increasing their food expenditures in 2013, while 41 percent project their food expenses to remain consistent with 2012 levels. Only 9 percent project a decline in food expenses. When examining this cost center, 91 percent of operators cite rising food costs as the primary reason they will need to spend more in 2013. Some also factor in new menu items or adjustments to their product offerings as part of the reason why food expenses will rise. Make no mistake, though, operators remain very wary of rising food costs. And if food costs do continue to rise, 68 percent of operators say this will impact their ability to invest in foodservice equipment.

Whether energy efficiency and other environmental considerations factor into an operator's purchasing decision seems to depend on the product type. For example, the top five categories where operators place a significant emphasis on energy efficiency or other green attributes are: refrigeration/ice machines, primary cooking equipment, warewashing/safety equipment, food prep and paper goods/disposables (tie) and storage/handling equipment. In contrast, areas where operators place significantly less emphasis on "green" attributes are more front of the house oriented, notably furnishings, tabletop and smallwares.

Looking past environmental issues, price remains the most important factor when making a purchasing decision, followed by the perceived quality or performance of the specific piece of equipment, service and support, experience with the manufacturer and the brand and the reputation of the manufacturer and the brand. Issues such as design and appearance, length of warranty and the equipment's ability to increase throughput are pretty low on the list of factors that influence purchasing decisions.

But for non-commercial operators, past experience with a manufacturer or brand (+8 percent) carries more weight.

For foodservice equipment and supplies dealers, 2012 has been a pretty solid year, with 44 percent indicating their companies' performance to date has exceeded expectations and another 41 percent saying their companies' performance has met expectations. In addition, an impressive 61 percent of dealers project their 2012 sales will be greater than 2011 and another 35 percent expect this year's sales to be on par with last year's levels. The average net sales increase projected among dealers is +4.23 percent. As a result of sales exceeding expectations, the dealer community took a variety of steps, including adding staff, enhancing online/sales capabilities, expanding services, expanding/enhancing/adding social media and expanding marketing efforts.

Conversely, 15 percent of dealers reported that their 2012 sales have failed to meet their expectations. Despite this, only 4 percent of dealers project a decline in sales. In response to sales not meeting expectations, dealers have taken a number of steps including increased marketing efforts, emphasized recruiting new customers, emphasized growing established accounts, froze salaries and bonuses and did not fill open positions.

Looking ahead to 2013, dealers' outlook remains remarkably upbeat with 54 percent saying they expect their sales to increase and 37 percent projecting their sales will at least match this year's levels. Only 9 percent of dealers expect to see a decline in sales next year. Among those dealers projecting an increase, the average net growth rate is +4.58 percent. When asked what factors will drive sales growth in 2013, 40 percent of dealers cited renovations, followed by design/build (31 percent) and replacement sales (29 percent).

Like their customers, dealers face operating pressures that will force them to examine pricing of goods and services again in 2013. According to the dealers FE&S surveyed, the top three product categories that will most likely experience a price increase in 2013 are primary cooking equipment, refrigeration and ice machines, and food preparation equipment.