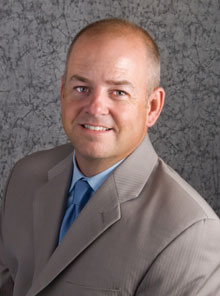 If you're going to be in an industry, be in it. That's Danny Collis' motto, and it has served him well for the nearly 30 years he has spent working as both an independent and factory rep and as a member of the MAFSI Board of Directors. Case in point: in just his first year on his own in the 1990s, Collis was managing a $3 million line. Two decades later, he's blown that figure off the charts, managing a handful of major brands as founder and president of his own firm, Collis Group Inc.

A native of Montreal, Quebec, who grew up in Toronto, Collis' foodservice industry story begins with his first job at 15 years old as a bus boy, then as a prep line cook, then as a bartender at a local restaurant. "Back then I had no aspirations to go into the foodservice industry," he says. But his next move after the restaurant was straight to a foodservice equipment manufacturer that was just beginning to make its way into international markets. "I started off in the stock room part-time in 1984, but it grew so big, going from $30 million to $100 million in the first couple years, that there was tremendous opportunity."

At the ripe old age of 19, Collis knew a good opportunity when he saw one, so he stayed with the manufacturer, eventually climbing the corporate ladder to the rungs of internal sales and then outside sales rep. By 1989, Collis had built a solid territory in the Ontario market, managing $5 million in sales by the time he left in 1994. The potential for higher take-home commissions and a lifelong sense of independence drove Collis to work for another rep firm in the area for a year.

Collis learned a lot about different segments of the foodservice industry working with a fabricator. In 1996, he was approached by Craig Muzylo and former distributor Dudley Kill, who recruited him to supply a now defunct refrigeration line. "Dudley and Craig were strategic in guiding me in the right direction and I consider them my mentors," Collis says. "Craig was my boss when I worked in manufacturing and he knew both then and now how to connect people."

After a year as a distributor, Collis became a rep for the refrigeration company and right away managed a booming $3 million business in Ontario. He incorporated himself and immediately set off on foot as an independent sales rep. Then, in 1998, he was approached by a ventilation company to take on its line. Collis was reluctant.

"Ventilation is really technical and I thought it might take up too much time," Collis says. "But they said they weren't interviewing anyone else so I took it." Good thing he did. Doing so helped Collis expand his business to include another $3.5 million line in Ontario.

These strong connections, coupled with a willingness to take on the little guys and being approached by the big lines as a result has helped Collis find success on his own. Today, Collis Group has seven employees and manages nine other brands.

"We have had minimal turnover in our rep organization," Collis says. "When you hire good people and do good things for people, the good lines come to you."

Collis says he remains committed to service and relationship building as the foundation of his role as a sales rep. That includes all players in the industry, from manufacturers to dealers, consultants and the end users. "As manufacturers' reps, we're being asked to do more things than ever before, so dedication is a big word for me," he says. "I try to be really honest with people and I think that's helped me over the long term. I have lost more orders than I have ever been awarded, and sometimes it feels like we have been done wrong, but I will never corner a dealer and accuse them of anything. I will ask why we lost the order because there is always a reason. Not being overly confrontational has helped me work better with dealers."

For Collis, it's about quality, not quantity. Beyond strengthening relationships with his existing lines, he also looks to give back to the association that helped him get where he is today. Former secretary and current vice president of MAFSI, Collis will take over as president in 2012.

"For me, not being formally educated through a university, I was always a salesman," he says. "When my company grew to a certain size, all of a sudden I became a business operator. I didn't have those tools or skill sets so that's why I joined MAFSI.

"It's very humbling to be chosen as the first Canadian for this award," he adds. "I'll wear the flag for a while. There are so many great people up here that have paved the way."