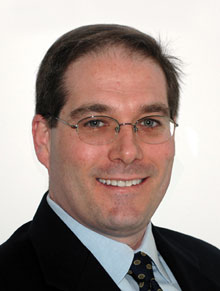 Douglas Huber
Larry and Doug are not just father and son. They're a team. And now they are an award-winning team at that. But neither was a consultant from the get-go.

Larry Huber, FCSI, CFSP, started off as a dealer salesman in 1964. "I was a miserable failure at that," he admits. But this turned out to be a good thing — Larry switched into the dealer's engineering department where he found his true calling.

"I've always loved drawing and design work," he says, having taken high school and college classes in mechanical drawing. "I love solving problems and foodservice design is basically solving problems. I enjoy figuring out how to make things work for the client."

Still, it would be years before Larry would again do what he loved. Larry worked in sales for an equipment manufacturer from 1970 to 1976 and then became an independent manufacturers' rep for 24 years. In 2000 he became a consultant thereby creating the job for himself he wanted to do full-time. It was a particularly rough financial time for the industry and many manufacturers' reps were being quickly consolidated among lines.

"I decided if I was going to starve to death as a rep, or starve to death as a consultant I'd rather be a consultant," Larry says jokingly. "I started with an empty wagon and it took some time to build up, but I had new clientele almost immediately because of the friends I had made in the industry." Many of those friends included architects who turned to him straightaway when beginning projects and looking for a foodservice consultant.

These days, Foodservice Consultants Studio's clients span all industry segments, and in recent years the firm has enjoyed a healthy share of revenue-building federal and healthcare projects. Larry also has a reputation among industry peers for being one of the best specifiers in the country. 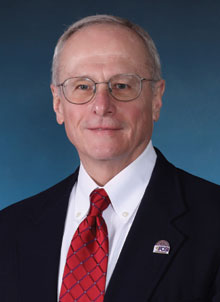 Larry Huber
"I had so many years of seeing bad specs that didn't make sense or were contradictory," Larry says. "I learned from an architect who would check and recheck the contract documents to make sure they were clear, concise and accurate. Specifications need to describe the intent of the design fully but not confuse the bidders and lead them to include a "what-if" factor in their bids. A lot of dealers compliment us because our specs make sense and they don't have to put extra money in the project to cover discrepancies."

Larry has an encyclopedic knowledge of the foodservice industry, a knack for details and strong technical understanding. Doug brings an entirely different set of skills to the table: business management, foodservice operations and long-term goal setting that together have made their firm stronger.

Doug Huber, FCSI, CFSP, CFA, first figured out he may want to work in his father's industry as a sophomore at James Madison University, where he went to study physics but became disenchanted with the subject. Doug switched his major to marketing, minored in hotel and restaurant management, and clocked time at a local Sheraton Hotel. In the 1990s, he worked for a few national chain restaurants in the Orlando area, thinking he may open his own restaurant someday.

Instead, Doug went back to school for his MBA looking to get into the niche field of mergers and acquisitions for the restaurant industry; he was hired by a boutique finance company in Orlando doing just that. Doug later went on to work for Lehman Brothers in its franchise finance division and at CNL, a credit lender and real estate investment trust.

By 2003, Larry had grown his practice and asked Doug if he would like to join the consultancy. Doug decided to make the move back to Virginia to join his dad in the firm. "Larry describes design work as solving problems, but I look at it as putting a puzzle together," Doug says. Having experience in operations allows Doug to "work each station" in his head to evaluate the design from the user's perspective.

Combining his restaurant experience with a strong background in finance and business management has allowed Doug to help grow the company. Five years ago, Larry's daughter Stephanie Gatewood, an MBA herself, joined the firm. Relying on her corporate background, Stephanie focuses on the company's marketing, accounting and human resources.

The Foodservice Consultants Studio team also includes Amy Hegarty who joined the firm in 2007. Amy came to the firm with 15 years of experience in foodservice and is a certified, licensed interior designer and now owns part of the company. As a LEED Green Associate, she has helped add projects seeking LEED certification to the firm's diverse roster. Now, more than half of the firm's work is on LEED projects, and Doug is next on the list to work toward accreditation.

Outside of the firm, both Hubers remain active in FCSI, with Larry as the chair of the ethics committee and Doug as the team leader for the Council of Professional Standards-The Americas.