Moe’s Southwest Grill and the Greening of a Franchise Network

While working with staff and guests to get on board with sustainability initiatives has its challenges, working with franchisees can pose even greater ones. 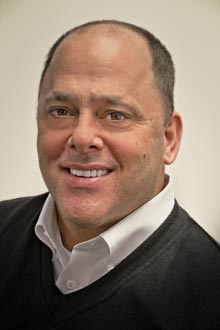 For a fast casual chain like Moe's Southwest Grill, which has 422 franchised locations and just four corporate locations, setting the standards for what is "green," and communicating these initiatives to the large franchisee group has been the focus of the attention. First off, that meant hiring a sustainability consultant and then establishing a company message to reshape Moe's brand identity as a sustainable business that cares about the environment, food industry and people.

And Moe's wanted their green efforts to be more than a limited time offer. Rather, the goal was for these efforts to become a permanent part of the business. "In early 2010 when we started building our new guiding values for our brand, sustainability would always be one of those guiding values," says Paul Damico, president of Moe's.

When it came to the food, that meant switching some of the meat-based menu items to cage-free, hormone- and antibiotic-free chicken and pork and using grass-fed beef as well as other all-natural and/or homemade products like sour cream. Beyond the food, Moe's has swapped all Styrofoam products in its stores for recycled paper goods. The chain also has an internal green team composed of leaders from various departments who, together, would rollout and manage these initiatives system wide.

"Energy and water reduction is handled by operations, the food changes and new menu is run by the executive chef, our PR team handles networking and outreach, the development team handles our LEED building initiatives, and supply chain handles packaging," Damico says. "Each one of those team leaders met independently with the sustainability consultant and then as a group to build the strategy for Moe's and communicate those standards to franchisees."

Moe's first LEED-certified, free-standing restaurant in Vermont has set the stage for additional LEED-certified and green stores to come in the future, including a new prototype for franchisees that includes some of these initiatives, like CFL lighting and walk-in air curtains.

In addition, low-flow toilets, waterless urinals and aerators have helped reduce water consumption at this LEED-certified location and at other units system wide, according to Damico. At the Vermont store, when outside temperatures fall below freezing, the walk-in coolers shut off and draw in the outside air for virtually no energy use. A $20,000 computer program manages the hoods and HVAC system for better airflow and more efficient operation.

While some of these initiatives come at a premium for franchisees, Moe's corporate does require that all units purchase Energy Star-rated equipment for better energy savings. With so many franchisees in a system, that has the potential for major backlash, particularly for Moe's, which has been expanding rapidly, opening one new restaurant each week, Damico says. But, he adds, "We won't roll out all of these LEED-based initiatives to other franchise systems until we can calculate the return on investment with this year's utility bill."

Beyond that, Damico and his green team have concentrated on communicating these priorities early throughout the process. "After internally setting those guiding brands, we positioned them at our worldwide annual conference and started to get franchisees interested in doing the right thing," he says. "We don't mandate these changes to franchisees, but we want to educate them and gather the information for them."

"We had some push back initially when we set our new standards, but every one of our existing suppliers believed in our brand and have reset their specifications to fit our needs."