A Chef’s Perspective: How to Futurize a Scratch-Based Kitchen

The conversation about labor and space never seems to end. But, John Franke, founder/president of Franke Culinary Consulting LLC, based in Dallas, remains optimistic. 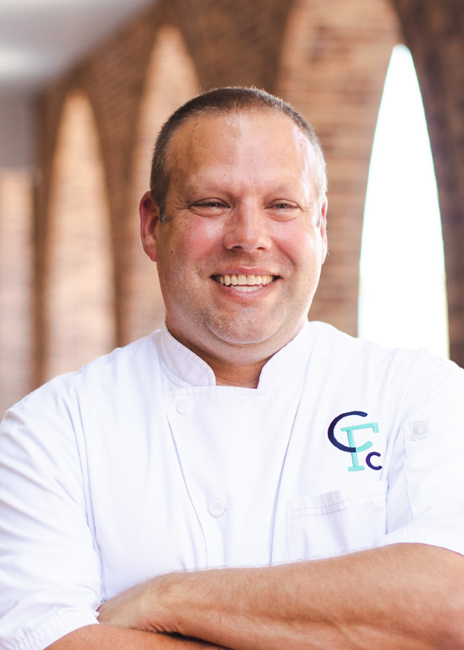 John Franke, founder/president of Franke Culinary Consulting LLC“I don’t think the labor shortage in this industry will last forever; we’re slowly progressing back to ‘normal,’ and you have to think about where we’ll be in 5, 10, 15 years rather than have a knee-jerk reaction when building kitchens today,” he says. What hasn’t changed is a commitment to preparing and serving really good food — even if it means simplifying the menu and kitchen a bit more.

A chef for more than two decades, Franke specializes in end-to-end consulting that includes the development of concepts, menus, recipes, procedures, training manuals and more as well as kitchen design and equipment specification (or collaboration with other consultants to do so). A diverse operations background as a chef for hotels, steakhouses and later as corporate chef for Pappas Restaurants and Front Burner Restaurants (Velvet Taco, Whiskey Cake, Haywire, etc.), helps Franke to bring a unique approach to kitchen design. “I’m kind of like Robert Irvine of ‘Restaurant Impossible,’ but without the tears and drama,” he says.

Jokes aside, lately Franke sees more clients looking to overhaul their menus and kitchen operations to do more with less labor, cut costs and maximize efficiencies — and this has had a direct impact on kitchen design and equipment selection. In short, his clients are looking to “futurize” their business. Here’s a look at some of the effects of these changes.

As food costs and inflation continue to rise, Franke advises his restaurant clients to stick with smaller menus of no more than 25 items — across all dayparts.  “It’s more important than ever to do a few things incredibly well,” he says. “People are looking to produce recognizable, relatable food with a simpler line that’s still committed to scratch or speed-scratch cooking.”

A smaller menu means a more simplified kitchen. Nowadays, Franke will survey a kitchen remodel project and ask, “does everything in here need to be the size that it is?” “Can an eight-burner be a six-burner? Can a double decker oven be just one oven?” he says. “Do you need four fryers or can you live with three?”

Just because an operator specifies less equipment, does not mean the business should skimp on quality. Because of the prominent role they play in menu execution and the fact the operator may have less redundancy with this equipment, those two or three fryers should be the highest quality, most durable pieces available. “Having designed food halls and worked with a very small kitchen while at Velvet Taco in Chicago, I have learned what you can do in just 300 square feet,” says Franke, who adds that there’s a balance between staggering prep times and making operational changes with selecting key pieces of equipment. “We made 18 different tacos with all the tortillas from scratch, fresh-roasted corn and more in a 700-square-foot kitchen in the basement. We staggered our prep schedules and had daily deliveries so we didn’t need as large of a walk-in.”

If the space is available, Franke always recommends an L-shaped cook line rather than a long, linear one. “When you have an L-shape, you don’t have to run from one end to another and if you have less people in the kitchen, you can have one person easily jump over to another station and help out if need be,” he says.

Instead of a 20-foot-long cook line, ideally, you would have a 10-foot-by-10-foot setup so “everyone is within a few steps of each other,” says Franke. To further save on hood requirements, one part of the L could be the hot line while the other could be the cold side.

Everything and everyone would then come together at the island expo/plating station at the center — again not very far away from any one station.

While takeout isn’t quite as prevalent as it was during the height of the pandemic and during indoor dining closures, it’s continued to be an important part of virtually all foodservice operations’ revenue streams, Franke says. “I wouldn’t be surprised to see restaurants in the future have less seats in the dining area, and maybe more space allotted to the kitchen,” he says.

In a new-build project, Franke always advocates for a separate to-go packaging space or even a separate cook line if the takeout/off-premises business is 30% or more of business. “Ideally, you would build a restaurant with this in mind — maybe there would be a separate door, a separate counter and a separate POS for takeout only,” he says. “To-go is always going to require extra bodies and extra containers.”

To account for the extra landing space necessary to support to-go packaging, Franke always looks to build storage vertically. “Shelving is key — I always go as high as possible and take advantage of any available wall space,” he says. While dry storage might have been more of an afterthought in the past when it comes to design, Franke reminds clients that “to-go boxes are sometimes the biggest cases, largest supplies in the building,” he says. “When I’ve cooked in kitchens in the past I’ve often thought, man, if there was a shelf right here my life would be so much easier.”

Even undershelving can help fill space and make room for to-go supplies. “Something as simple as a stainless-steel shelf underneath a counter or even some hooks where you can hang to-go bags — that helps so much,” he says. Sounds simple, but the future of kitchen design is all about “finding all those hidden spaces,” or what Franke calls “opportunities for solutions.”