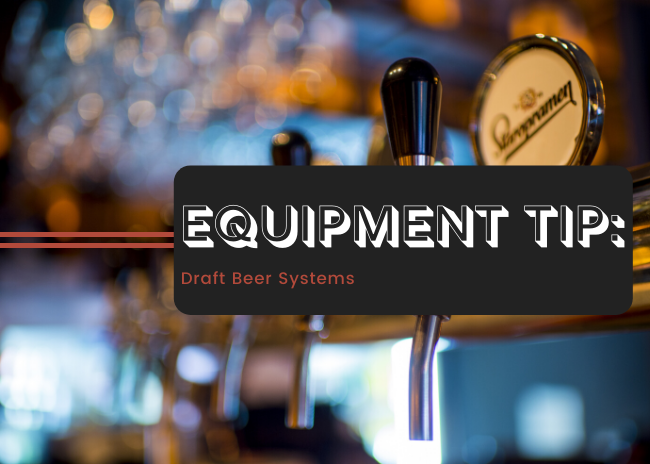 Draft beer systems represent a key item in many restaurants and bars and their popularity only grew in recent years due to the craft beer boom. That said, in the event a restaurant or bar plans to temporarily close to ride out the ongoing COVID-19 crisis, operator would be wise to properly shut down their draft beer systems.

“Getting the beer out of the line is step one for sure,” said David Hester of Texas Tap, a division Texas-based Refrigerated Specialist Inc. “If you leave beer in the lines it will build up scale and yeast mold.”

How complicated the process depends on the type of draft beer system.

Take, for example, a direct-draw system, which typically stores kegs in a refrigerated keg box under the counter or bar. With these systems it can be as simple flushing the lines with cleaner and water and untapping the keg. “You can’t leave cleaner or unpasteurized beer in those lines or you will have some type of growth,” Hester said.

Long draw systems, though, may require an extra step. These remote- or glycol-cooled draft beer systems can transport beer up to 500 feet from the keg or container to the tap. Glycol cools the unit’s lines to keep beer at optimum temperatures during travel. “If you go through that same process cleaning with sanitizer and flush with water you will have a bigger problem because the lines will freeze,” Hester said. “It’s important to turn off the glycol chiller.”

And Hester has a few tips for making draft beer systems operational once the restaurant or bar comes back online. “When you come out of hibernation, do a much more thorough cleaning,” he said. “Break apart the coupler and the faucet to clean them. Before you start serving again the whole system needs to be thoroughly cleaned. There still will be some bacteria growth in there during the shutdowns.”