Microbreweries or craft breweries continue to give big beer brands a run for their money. In fact, many craft breweries, such as Minnesota-based Surly, have their own restaurants and other culinary outlets. 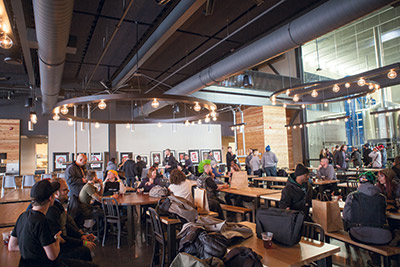 Surly BreweryCraft beer continues to boom. Production volume of craft beer in 2014 was up 18 percent, and the number of craft breweries has increased by almost 700 since mid-2014, according to a report from the Brewers Association, an organization of craft brewers.

While the overall beer industry grew slightly at 0.4 percent in 2014, craft beer maintained its double-digit growth trend of now five consecutive years, up 14 percent in 2014, according to Technomic's 2015 BeerTAB report.

Imported beer continues to rise in popularity, too. This category continues to outpace the industry, and was expected to generate 15 percent of total industry volume in 2015, up 2.1 share points from 2010, according to Technomic.

"Younger consumers, particularly Millennials and Gen Z, are engaging with all three adult beverage categories, putting beer in competition with spirits and wine for consumer occasions and impacting per capita consumption," explains Donna Hood Crecca, senior director at Technomic. "And while younger consumers are willing
to explore, they also seek value for their dollar. Presenting relevant, differentiated products with appealing flavor profiles and unique attributes is crucial to garnering consumer attention and prompting purchase, whether on- or off-premise."

Brewery and bar designers take note: women currently account for 25 percent of beer consumption in the U.S., and women between the ages of 21 and 30 drink more beer than women in other age groups, according to Drink Focus. The first professional-level brewing class at Siebel Institute of Technology's World Brewing Academy in Chicago has about 20 percent female students, according to 2015 enrollment figures. 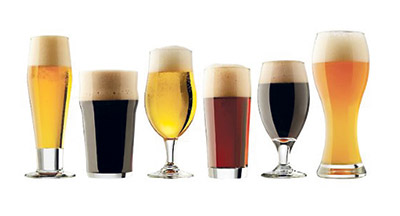 Choose the glassware for craft beers wisely, as the shape and size of the glass impacts each beer differently, including the level of CO2 in the brew and its foamy head. Further, presenting the brew in the right glass helps lend credibility to beer programs and can enhance the customer's experience.