Ricca will be honored at the 2014 Dealer of the Year and Industry Awards Gala in May. 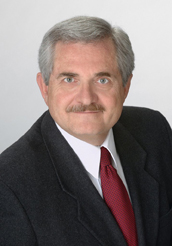 Tom RiccaFoodservice Equipment & Supplies proudly names Tom Ricca, partner, Ricca Newmark Design, recipient of the magazine's 2014 Hall of Fame Award. Ricca will accept the award during FE&S' 2014 Dealer of the Year and Industry Awards Gala, which takes place Saturday, May 17 at the Four Seasons Hotel Chicago. He is the first foodservice design consultant to receive FE&S' Hall of Fame Award.

In 1973 Ricca founded Thomas Ricca Associates, a foodservice design firm and around the turn of the century he merged his company with Newmark Diercks Design, an interior design firm. In his current role, Ricca shares the overall management of the company with his five partners, and reviews and critiques many of the plan concepts before they are presented to clients. And since 1973 Ricca has served as an adjunct professor teaching a course in hotel and restaurant design at the University of Denver's School of Hotel, Restaurants and Tourism. In 1984 FE&S recognized Ricca with the magazine's Young Lion Award and in 2003 named him a Consultant All-Star. In addition, Ricca is a member of the Foodservice Consultants Society – International and was elected to the organization's prestigious Council of Fellows in 1996.

"Tom Ricca's a true leader in the foodservice industry. His designs raise the bar in terms of form and function," said FE&S Publisher Maureen Slocum. "Tom has spent the past 37 years building up a foodservice-oriented experiential knowledge base that's second to none. He willingly shares that information with his associates, clients and the students in the classes he teaches at the University of Denver. Tom's impact on the industry extends well beyond the projects his firm handles."

FE&S is able to present its 2014 Dealer of the Year and Industry Awards Gala thanks to the generous support of its three platinum sponsors: Manitowoc Foodservice, True and Unified Brands.

FE&S' Dealer of the Year and Industry Awards gala recognizes the foodservice community's brightest stars by presenting them with some of the industry's most time-honored awards. Held each year on the Saturday of the National Restaurant Association's trade show in Chicago, this event brings together the best of the best to celebrate the ongoing success of the foodservice industry. Other awards to be presented the evening of May 17 include: FE&S' Top Achievers, Facility Design Project of the Year and DSR of the Year.

Anyone interested in sponsorship information or in attending FE&S' 2014 Dealer of the Year and Industry Awards Gala should contact Maureen Slocum at This email address is being protected from spambots. You need JavaScript enabled to view it. or by calling (630) 715-1553.