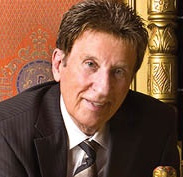 Mike IlitchAfter serving his country as a member of the U.S. Marines Corps, Ilitch played minor league baseball in the Detroit Tigers’ organization. After a knee injury ended his baseball career, Ilitch eventually worked as a door-to-door salesman until he and his wife Marian saved enough money to open the first Little Caesars in Garden City, Mich., in May of 1959.

Ilitch eventually went on to own the Detroit Tigers and Detroit Red Wings and served as chairman of Ilitch Holdings.

The family will honor Ilitch at a private funeral service. The public is invited to share memories on a memorial site outside of Comercia Park in Detroit, near the Big Tiger, as of Monday Feb. 13. A public visitation will be held Wed. Feb. 15 from noon to 8 pm at Detroit’s Fox Theatre.