Even casual readers of FE&S have probably realized that I am no fan of name-dropping. While it may feel good for me, in the moment, to mention that I have been out to dinner with an industry luminary or at a conference with them or talking one on one to someone, I understand that it really has no intrinsic value for you, the reader. In virtually every instance it would detract from our editorial purpose and probably cheapen the very relationship that I was attempting to highlight. 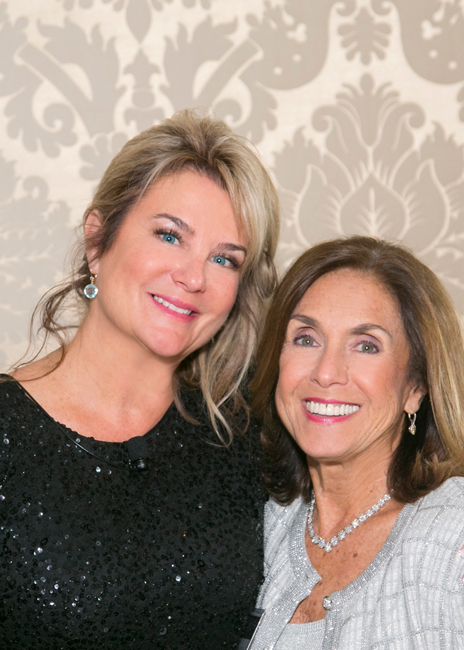 Maureen Slocum with Louise O’SullivanThere are times, however, when it is not only appropriate but necessary for me to tell you about a special relationship, because the story behind it does have real value for you, no matter how your life intersects with the hospitality industry.

The legacy of Louise O’Sullivan is such a case. The North American Association of Food Equipment Manufacturers (NAFEM) has taken the unprecedented step of renaming its long-standing President’s Award the Louise O’Sullivan Award of Excellence.

Louise is an important influence, a mentor in my life and, in some ways, it is only with her help that I am here now to help tell her story. In 2009, Louise hired my fledgling, one-woman company, aspirationally named Zoomba Group, to do consulting work for the company she had founded and was running successfully even in the trying economic circumstances of the recession. From that experience a friendship developed that I have leaned into to help me navigate the choppy waters of establishing a female-owned company in a male-dominated industry.

I could not have had a better teacher.

Louise and I both came from humble beginnings. Unlike me, she is highly educated with a degree from the prestigious University of Chicago. Despite that degree, Louise’s career began modestly, as a Chicago public school teacher married to a Chicago cop. Eventually she found her way into foodservice manufacturing and Louise’s star rose quickly to eventually become the first female president of a NAFEM-member company in 1991.

The words trailblazer and groundbreaker are sometimes thrown around too easily, but they truly apply to Louise. In those early days she very often found herself not just one of the few women in the room, but the only woman in the room. She is fond of a story early on where, as the new president of Groen, Louise entered a conference room full of men and was mistaken for a secretary there to take meeting notes and make coffee. Louise notes wryly that those requests didn’t necessarily end once they knew who she was.

Still, she persisted and eventually by virtue of her insight, hard work and dedication became a leader among the men who originally resisted her presence.

I am proud to call Louise my friend and glad for the hard-won wisdom that she has been so willing to share.

Congratulations, Louise, and thank you.