With operators rightly set on devoting as much of their space as possible to areas that actually generate revenue, food preparation stations can feel the squeeze. Prep, though, can't be shrunk too much without actually hurting a foodservice operation. Here a pair of respected design consultants share their experiences with building tight, efficient prep areas that work — without wasting space. 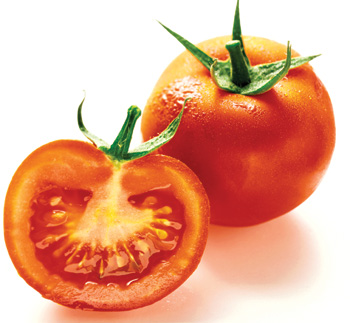 Competition in the foodservice world is fiercer than ever. Whole operational categories — from fast casual to food trucks — have emerged in recent years, and it seems new concepts pop up almost every day. Customers now have more menus, foods and dining experiences to choose from than ever before. At the same time, a brutal recession, followed by a recovery so sluggish that it barely deserves the name, continue to stretch budgets thin across the board — from operator to customer to every member of the E&S supply chain.

Naturally, then, foodservice operations in the construction or remodel phase will design their locations in ways that will let them squeeze every possible dollar out of the space. Translation: more seats. While clearly understandable, this choice does pose risks. In their quest to fit in just one more two-top, operators can give short shrift to the kitchen. Given that there's really no way to make refrigerators and ovens smaller than they are, food preparation space is most likely to get the squeeze. Operators who squeeze too tightly, though, could face years and even decades of frustration in poorly functioning kitchens.

Through thoughtful design, foodservice operators can avoid such a fate. Even better, by starting with the menu, building a small bit of flexibility into prep spaces and recognizing the role slicing and dicing can play in the front of the house, operators can create tight, efficient prep spaces that not only serve their purpose, but actually add value to their operations.

Ask any design consultant and they'll say no hard-and-fast rule exists regarding how much of an operation's space should go toward prep. Instead, it all starts with the concept and its menu.

"A scratch operation will be different than a fast-casual operation that might be ordering foods in different prepared states," says Beth Kuczera, president of Chicago-based Equipment Dynamics Inc. "Designing a prep space requires the finite breakdown of what happens in the menu — who's doing what and what is being prepared. The menu is the holy bible of the restaurant. People who come to us now can't come to us without a menu."

Properly examining a menu requires more than just looking over a list of appetizers and entrées, Kuczera says. It requires asking a lot of questions. For example, does the operation plan to offer catering or banquet service? If so, the kitchen will likely require more spaces suitable for prep work. Another important menu-related question — one that requires a more complex answer than yes or no — involves food prep scheduling and labor. While staff has to do some preparation the day the food is served, other prep work — such as grating cheese or washing produce — can take place the night before service. By taking advantage of these variations, operators can reduce the footprint of their prep areas, says Reggie Daniel, director of design for Camacho Associates, a foodservice design consultancy headquartered in Atlanta.

"You can have people come in early or stay late to do prep work for the next day so the staff isn't all there at the same time," Daniel says. "The menu itself will determine whether it's a product that can be prepped the day before. Sometimes you have to convince the operator that if they do it one way, they won't need as much worktable space and won't have to have as much of a footprint in the kitchen, which means they can devote that space to the front of
the house."

Of course, the rise of display cooking means the front of the house is home to more and more prep work. This raises the question of exactly what customers ought to see. Both Daniel and Kuczera believe that operators and design consultants should set up a kitchen to show only the best part of prep, though they do this in somewhat different ways.

In Daniel's view, front-of-the-house prep means showing customers only the "sexy" side of foodservice. "There's a difference in kitchens between clean dirt and dirty dirt. Uncrating vegetables is not something the customer necessarily wants to see, but they do want to see you processing them, cutting, julienning, whatever. So you do the ugly part of the prep in the back, and then you take your partially prepped products — say it's already washed and in tubs or trays — and you bring them out and process them right in front of the customers."

For her part, Kuczera is a bit more hesitant to show knife work to the customers. In fact, she often strategically places four- or five-foot walls to shield guests from some of the nitty-gritty. She also pays special attention to a front-of-house kitchen's sight lines. It's impossible to keep a working kitchen's floor perfectly clean and free of every dropped parsley sprig, Kuczera notes. As a result, operators should situate front-of-the-house prep areas so customers look at the front-of-kitchen staffers — and not down a kitchen's aisles.

Two other big and related trends impact prep: scratch cooking and the use of locally sourced ingredients. Since both involve using fewer processed foods, operations adopting this approach will almost by definition require more prep stations and larger prep areas.

Not everything involving scratch preparation is so simple, though. One of the bigger prep-related questions for fresh and scratch kitchens is storage space. Operators receiving several deliveries of produce, meat, fish and so on from their vendors should require less storage space than an establishment that gets just one or two deliveries per week from a broadline vender. Countering this, however, is the large number of ingredients that scratch kitchens may require for making everything fresh — from desserts to hand-cut fries to pot pies. Determining just how much storage one of these operations needs comes down to, once again, a close analysis of the menu, along with a deep understanding of how the operation will run on a day-to-day basis.

After establishing the number and location of prep areas, making the individual spaces work as well as possible becomes the next big task. Both Daniel and Kuczera believe in keeping everything a kitchen staffer would need right at the prep station in order to minimize steps.

One of Kuczera's best practices to achieve this level of efficiency is designing spaces vertically. "If you can get 8- or 10-foot ceilings, the opportunity to go up is great," she says. The first shelf above a prep table, she says, should contain the things staffers will need most often, like seasonings and spices. If there's room for an additional shelf above that, it can hold other items used somewhat less frequently at the prep station, such as bulk ingredients.

Similarly, adding undertable storage space is another way to make the most efficient use of a prep station's footprint. This is another good place to store bulk ingredients, especially the heavier ones, as well as tools and equipment such as salad spinners.

After looking up and down, Kuczera next looks to the left and right of a prep station, thinking about how each member of the culinary staff will actually use this workstation. Does a station need extra storage shelving to support its operation? Not having it there could force staffers to wander around the kitchen looking for ingredients and utensils. Does it need an open space next to it for a rolling rack or trash receptacle? Failure to factor in those answers could result in trash bins or rolling racks sitting in an aisle, disrupting the kitchen's flow.