I am All Ears 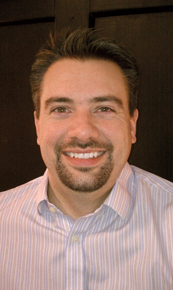 I consider myself a listener (although my wife would gladly debate this) and a learner because I've had to be. I bought my first house at 21 and had my first child just before that. At that young age, I probably had no business doing either. The same year, Mr. Kirchman promoted me from the showroom salesman (sweeper) to branch manager when I could barely distinguish an English pint from a fryer. He was either half blind, I thought, or he saw something in me. So I accepted the challenge and dedicated myself to learning all I could about each facet of the foodservice equipment and supplies business because I saw something in it too.

Like most dealers across the country, our staff was fortified with veterans. As part of my development, I got to spend extensive time with our home office staff. These guys were mostly in their forties then but already had 20-plus years of selling experience. I was amazed by their knowledge, passion and fire. I spent a lot of time with all of them and took in everything they would give me. Like one burner lighting another their passion quickly spread to me. I was thankful for my time with them and they seemed to revel in showing the new kid how it was done and welcoming me into the fraternity — and with it a new generation.

As part of this education process, I got to work with our company's very best. His name was Jordan Byron and he had been with our company for more than 40 years. This was his last stop as this one-time president of our company was nearing retirement. Jordan picked up right where the other guys left off and quickly put me under his wing. He was an awful teacher, often saying, "Just let me do it." Aside from his few faults, Jordan was simply the best pure salesman I've ever known. Born in the '20s in the heart of the depression, he was a generation older than the other guys I had worked with, whom Jordan had also trained. Jordan was a hungry and driven salesman, pursuing each sale as if it might be his last. He was a great problem solver, had unequaled product knowledge, and his kitchen layout designs — developed using a pencil and paper, of course — were so marvelous I still keep them around as precious artwork. Those skills, however, paled in comparison to his people skills. He was a natural and was passionate about his trade. He was always respectful, witty, knowledgeable and kind with everyone he dealt with, and he made people comfortable. Customers loved working with him and some would deal with only him. They knew they were working with someone that could be trusted with their nest egg and knowledgeable enough to help turn their "dream on a napkin" into a reality.

Jordan passed away this past October, and in the months that have followed I've had some time to reflect on the lessons I've learned (so far) from guys like him, colleagues and industry friends I've met along the way. Most importantly, I've realized that the tie that binds them all, regardless of their generation, is incredible customer service. Whether a salesperson, consultant, architect, factory staff, rep or service tech, exemplary people skills is a unilateral asset; a highly coveted quality that makes so many of the people in our industry simply outstanding at what they do. Maybe now, with economic recovery on the horizon, it is actually the best time to actively seek new talent. Find and cultivate that next generation of outstanding foodservice equipment and supplies professionals and mentor them with our veterans that are nearing retirement before they set sail into their next chapter. Giving them the opportunity to work closely with, listen to and learn from our very best would certainly ensure that we'll be able to provide our customers with the level of superior customer service they've come to rely on from our business for so long.

To all of those that have dedicated their careers so faithfully to the foodservice equipment and supplies industry and allowed us to learn from you — thank you.