If you're in the service industry and haven't felt the pinch, or at least heard about the changing landscape of OEM parts, then you haven't been paying attention. Non-OEM's are flooding the marketplace and service agents are often held hostage to take it on the chin as some manufacturers try to make up margin on the steep equipment discounts they offer to the dealer community. 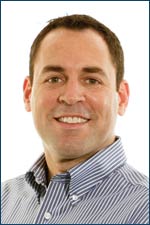 Commercial Parts & Service, the company I work for, recently lost a major chain because of this exact scenario. The chain approached us on sourcing a motor non-OEM and we refused, due to our contractual agreement with the manufacturer. We even went to the manufacturer and tried to bring them into the conversation on the pricing of the part to no avail. At the end of the day we stood with the manufacturer and lost about $200,000 in annual revenue to a service company that would hang non-OEM parts.

I'm certain that we are not the only CFESA service company that abides by our association's code of ethics regarding OEM parts, or the only company that has dealt with this scenario and a manufacturer they represent as an authorized service agent. But as we ASAs and manufacturers sit by and try to figure out what to do about it, other companies will continue to fill the void with substandard service and substandard parts. This situation threatens to not only compromise the equipment's value and reputation with that end user, but also damage the long-term sustainability of the service companies and manufacturers.

Facilities directors are often faced with demands to reduce costs from executives that are too far removed from the front lines of their businesses. These foodservice operators are hammered with requests like, "You need to find a way to get maintenance under control," or "I don't care what it takes, either you cut costs or we'll find someone that can." It can be very easy for these operators to look the other way and allow non-OEM parts to infiltrate their facilities. In their minds, everything is just another line item on their quarterly report or a commodity.

Service is NOT a commodity. It is a skilled trade. CFESA service agents, like Commercial Parts & Service, collectively spend millions of dollars to make sure that their technicians are the best trained, best equipped foodservice equipment repair men and women in the industry.

How can a service agent continue to put thousands of dollars into training if we constantly have to reduce our margins on parts? Without that revenue, we behave like someone who is looking to make it paycheck to paycheck by driving around in a beat-up van trying to fix stuff rather than as a company equipped with state-of-the-art GPS dispatching software in newer-model vans loaded with thousands of dollars in OEM parts inventory dedicated to the equipment that customer has in their facility.

Non-OEM parts threaten to take hundreds of skilled food equipment service technicians off the streets unless we can — as service agents, end users and manufacturers — come to some agreement on the true value of an OEM part. If the end user feels that the part's price is so wrong that they kick the authorized service agent to the curb, that's a problem. We lose the service business and, more than likely, that manufacturer will lose the equipment business.

Manufacturers need to re-balance their revenue streams if they intend to remain relevant in the parts game. In the same breath, end users need to be reminded time and time again of the value of OEM parts and having highly-skilled service technicians in the field. Eventually something will have to give for the servicer, whether it be leaving the ASA agreement or losing the end user's business. Either way, the service agent is caught in the middle, trying to evaluate the value of OEM parts and how much importance it truly has to their business model.

Leaving the OEM parts question alone, we all lose.