When KaTom Restaurant Supply’s co-founder, Tim Bible, passed away in 2001, his wife and business partner, Patricia Bible, had some tough decisions to make. Not the least of those was what to do with the company. Under the circumstances, selling would have been the easiest and, for many, the most obvious route to take. Doing so crossed her mind but only for a few minutes. 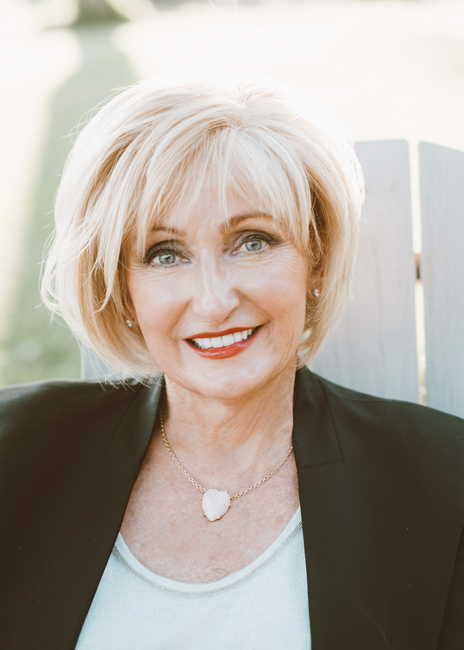 After all, Patricia Bible had worked side by side with Tim Bible since the couple launched the company (originally named B&B Equipment & Supplies) out of their garage in 1987 while also owning and operating several Western Sizzlin’ Steakhouses. She had two children to consider. Daughter Paula Bible had just started college at the time of Tim Bible’s death; son Charley Bible was days from his 16th birthday. And then there were the employees — 18 single head-of-household women working in KaTom’s warehouse, all of whom had faced varying degrees of adversity and who, through a local nonprofit, found steady employment and a home with the company.

“The day Tim died, I told the kids, ‘Life is going to be different now. What should we do?’ They said, ‘Mom, you can’t keep running this; you have to close it down.’ But I felt strongly that we couldn’t walk out on those 18 women,” says Patricia Bible. “I was suddenly one of them — a single mom having no idea how I was going to manage and put my kids through college. I decided right then to go forward with KaTom. I had no clue that I was in for the hardest ride of my life, but I was determined to see it through.”

See it through she has, and then some. Patricia Bible has developed herself, her team and her business into true top achievers in the world of foodservice equipment and supplies. When she took the reins in 2001, company sales were slightly more than $4 million, all generated via catalog and word-of-mouth to friends and associates in the restaurant business. By last year, KaTom had grown to become the sixth largest, full-service foodservice equipment and supplies dealer in the nation with 2020 revenues of $251.44 million, a 26% gain over the prior year despite the pandemic. The company was one of only a small handful of 2021 FE&S Distribution Giant top 100 dealerships to achieve sales gains in 2020.

Under Patricia Bible’s leadership, KaTom has appeared on Inc. magazine’s list of fastest-growing private companies every year since 2009, and it ranked No. 10 last year on the list of 50 Fastest Growing Women-Owned/-Led Companies compiled by the Women Presidents’ Organization and JPMorgan Chase Commercial Banking.

Along the way, she’s set progressively larger revenue targets for the company. “The first four years after Tim died, I worked nonstop. It was all I knew to do, and it helped me through the grieving process. I was angry and completely numb, but one Saturday morning I took a look at our P&L and saw we’d grown to $16 million without me even realizing it,” says Patricia Bible. “I had a conversation with God that morning and decided I was actually ready to do this. I set a goal of $50 million in sales. When we met that, I revised it to $100 million and then to $250 million, and now to $1 billion. I truly believe we’ll get there.”

Patricia Bible has also made a number of strategic moves that have enabled such aggressive growth. One was to carry through with Tim Bible’s vision for making KaTom an early internet adopter, completing the website he’d begun working on in the late 1990s and setting the stage for the company’s rise as an e-commerce star. Paula Bible (now Paula Chesworth), who joined the company after college, helped grow that division and today leads a staff of some 60 associates as vice president of e-commerce. Another good decision was heeding advice from her son Charley Bible, who also joined KaTom after college, to focus on process efficiency and supply chain management. He’s now vice president of operations, overseeing all operations and business development.

In addition to bringing her children in and guiding their transition into senior leadership and partner roles, Patricia Bible more recently added a chief financial officer and chief strategy officer to KaTom’s executive team. “Those were real missing links,” she says. “I resisted hiring a CFO for a long time, for instance, telling myself I couldn’t afford it and that I could keep doing this on my own. But when I finally took that leap, it dynamically changed the financial acumen of the company to be able to make big changes, to jump out of our comfort zone. You really can see that the vision can be so much bigger when you surround yourself with people who are a lot smarter than you.”

While positioning the company for growth, Patricia Bible established new banking relationships that enabled moving and expanding KaTom’s location multiple times. In 2012, she relocated its headquarters from Morristown, Tenn., to its current 100,000-square-foot facility on a 20-acre campus just off the interstate in Kodak, Tenn. That move erased the burden of what had become a maxed-out, landlocked warehouse. And, especially important for the fast-growing e-commerce division, its closer proximity to Knoxville, the University of Tennessee and several other local post-secondary schools gave the company ready access to a strong talent pool. Once settled in, the company added a Chef Supplies retail showroom and demonstration kitchen, and a recent expansion more than doubled the size of KaTom’s call center.

Along the way Patricia Bible has also created and nurtured not just a growth-focused culture, but one fervently focused on achieving growth by embracing change and diversity. “We’re definitely driven by high growth. That just spins me tight,” she notes. “But we also continually look for change — change in each other, change in the company — and for how we can become a better, more dynamic workforce, one that sees the missing links.”

KaTom’s team today numbers 240 associates, 53% of whom are women and 50% of whom are Millennials. “Two very important words to describe our culture are inclusive and collaborative,” Patricia Bible adds. “We have a wide spectrum of associates, customers and vendor partners. That really allows us to reach across the table and appreciate and learn from each other. Our associates and our executive team all work closely together, making sure that at the end of the day the legendary experience we want to create isn’t just a phrase. It’s in our DNA. Outside of the brick-and-mortar and financial growth, these are the things I’m really proud of.”

I try to keep a one- to three-hour block free every day because something always comes up. Personally, I’m also making an effort to leave the building by 6 p.m. instead of 8 or 9 p.m., and to start taking Friday afternoons off to recharge and regroup so I can help get us to that next level.

If you could go back in time five or ten years, what decision would you make differently?

I wouldn’t hold the company so tightly. KaTom is my passion, and I made it into a really good company — but I also handicapped it from being its best version by holding on too tightly, being too much of a micromanager. I’ve been working hard to change that.

I start every day around 4 a.m. with some quiet time alone and with God and really think about what I can do to be better. And I have a big sign in my boardroom that reads, “Patricia, you’re better than this.” I see that first thing every day at the office, and it helps remind me to always work on being a better person and a better leader.