Charlie Fusari is a Salesman, Born and Bred 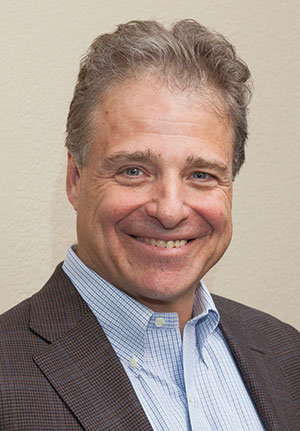 Charlie Fusari“CEOs come from a wide range of areas,” says Charlie Fusari, CEO of Myers Restaurant Supply, Santa Rosa, Calif. “Some have a financial, administrative or human resources background. I am sales born and bred. That’s my biggest strength and I tell everyone that.”

Fusari learned the hard knocks of street sales in the Bowery neighborhood in New York City. He says it was the best training ground a foodservice salesperson could possibly get: competitive and tough.

When he was 18, he took a job assembling meat chopper attachments for a New Jersey company. He soon asked the vice president if he could transition to sales. The VP gave him keys to a van, samples and a catalog, along with 10 names of buyers, all in the tough Bowery section. For the next five years, he had a trial by fire with some of the toughest buyers in the industry.

He learned to be persistent — keep going back even when you’ve been thrown out by buyers — and thick skinned enough to accept rejection. He eventually become close friends with some of his customers. He also learned one of the two most valuable sales lessons: Listen to the customer.

In 1983, Fusari was hired away by a beverage equipment manufacturer trying to expand from its Chicago home base into New York City. Ira Stabiner, the company’s vice president of sales and marketing, became one of several mentors to guide Fusari’s career. Stabiner taught him the other valuable sales lesson: Move the conversation away from price and focus on quality and service.

Moving to the Dealer Side

After two years, Fusari became a national sales manager for a cookware manufacturer soon moving up to vice president of sales. He traveled all over the U.S., learning the business from a national perspective.

Next, he became a manufacturer’s rep by starting his own firm, a move he sees as a natural career progression. This aligned with a physical move to California from New York to be near his future wife, Jill Rothkopf, whom he had met at a buying group conference. She worked at the family business, Economy Restaurant Fixtures.

In 2000, Fusari joined Economy as part of the executive management team after his father-in-law, Chuck Rothkopf, retired. By this time, Fusari was well prepared to enter the dealer side of the business since he already had a good understanding of the manufacturing and rep sides of the industry. At Economy, he learned the importance of the financial side of the business.

Fast forward to 2011 when Fusari took what he says is one of the biggest risks in his career and purchased a 50 percent interest and partnered with Rob Myers in Myers Restaurant Supply, which was then a 60-year-old dealership. This called for the culmination of all his years of experience learning and honing the skills that he would need as CEO.

Looking back, Fusari credits his successes in his more than 40 years in the foodservice industry to lessons learned at each stage of his career. Each stage had a new challenge that, when conquered, prepared him for the next one.

The most important lesson over the years for Fusari? Making good, solid decisions and seizing opportunities. “It’s all about decision-making” he says. “It’s whether or not you’re ready to jump off the cliff. Some people are not. You have an opportunity and, if you don’t make that decision and take it, that opportunity is then gone.”

The decision to buy into Myers was probably the most difficult decision in his career, Fusari notes. “Decision-making is honestly the most important thing you can do in your life, whether it’s your personal life or your business career. And I made the right one. I almost didn’t do it. I still think about where I’d be if I didn’t do it.”

Fusari credits his parents with shaping who he is today. His father, Charlie Fusari Sr., was a professional prize fighter, going up against boxers like Rocky Graziano and Sugar Ray Robinson. From his father, Fusari learned respect. From his mother, who was a salesperson, he learned a passion for selling.

Not surprisingly, respect and passion are two of the four corporate values that guide Myers, along with care and teamwork. Fusari says it was important to his parents to raise good children, teaching them to how to talk to people and show respect. “That was part of my upbringing and I think with respect comes the quality of making a good decision versus one that is not well thought out. My dad gave that to me and it’s what I pass on to my kids: how to go through the decision-making process.”

Fusari describes his management style as one of balance. “I’m not a micromanager in any sense. If you hire qualified professional people, they shouldn’t have to be micromanaged. If they do, they are probably not right for the team.”

Fear of failure motivates Fusari when he gets up every day. This guides him to excel. “I’m a competitive person. I left a great job to take on this role of co-owner and CEO. I basically jumped off a cliff. The country was still in recession. I took a big risk.”

Fusari says that, as an entrepreneur, at some point you have to take that leap to move ahead. He did it twice, once leaving New York to become a rep and then purchasing Myers. “You have no guarantees. You just want to succeed from the beginning,” he counsels. “You can call it fear of failure or the competitive fire.”

Myers has gone through two or three significant periods of change over the last seven years, Fusari says. “In order for companies to grow, they must evolve, so change is a constant. If we are not changing with the times and the economy and preparing for sustainable growth, we’re putting ourselves in danger.”

Each element of change must be well thought through and well planned. Fusari says at Myers, the company has to be prepared to change according to where it sees the industry and the economy going in 18 months. “I like to stay ahead and make decisions that keep us ahead of the curve as opposed to reacting when it might be too late,” he explains. To foster growth, the company has opened several new offices over the past eight years.

Looking back on his 40 years in the foodservice industry, Fusari says, “I’ve loved every minute of it. It’s a great industry made up of great people and great relationships. Some of my closest relationships and friends have come from the industry — including my wife of 22 years! I am truly blessed.”