This is probably a record. Lancaster, Pa.-based Clark Service Group Inc. has only been in existence since January 2017. Despite being such a young company, it produced an FE&S Top Achiever: president Glenn Clark Jr. 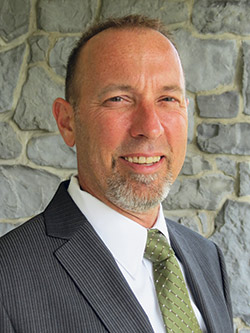 Truly, however, these efforts — and Clark Service Group itself — go back further than 2017. The group has been around for decades as a division of Clark Associates. Founded by Glenn’s father and uncle, Clark Associates has several arms and spinoffs, including Clark Foodservice Equipment, which earned recognition as FE&S’ 2015 Dealer of the Year.

Glenn Clark officially became owner and president of the Clark Service Group in early 2017 when he purchased the service and installation division from Clark Associates. His reasons for going it alone were straightforward: Clark wanted to be his own boss, with full control over the company’s future.

“It allowed me to focus my attention on the areas of the business that I deemed the most important and grow those areas. I could make all the decisions. It was just a great opportunity to be the sole owner of a business,” Clark says.

In fact, it was Clark’s entrepreneurial drive that brought him into the business, though his route was a circuitous one.

Growing up, Clark says, he never wanted to be part of Clark Associates. After college he joined the workforce and held different jobs in a handful of cities in the eastern United States.

Working under different bosses gave him insights on how, and how not, to lead. But it was a career trajectory he didn’t find satisfying. “I was always looking for something to satisfy my entrepreneurial hunger and do something with it,” he says.

The best way to satisfy that hunger, Clark knew, was to join with Clark Associates. So in the early 1990s he returned to Lancaster and took a job working dispatch in the service division. During the next decade he held different roles with the group, including roles in parts inventory/purchasing and management. He became president of the service division, Clark Service and Parts, in 1997.

At the time, the division had only nine employees: six service technicians and three office staff. Under Clark’s leadership, the business has grown by leaps and bounds. Clark Service Group now employs more than 140 people. This number includes more than 80 people in the field: 55 service techs, 18 dedicated installers and 9 individuals performing planned/preventative maintenance work.

On top of its Lancaster headquarters, the company now has branches in Philadelphia; Baltimore, Md.; and Bradenton, Fla.

There’s been no secret to this growth, no master stroke that allowed the business to grow 15-fold in 20 years, says Clark. Instead, the focus has been on taking care of customers and employees.

On the customer front, the corporate mantra is to be as responsive to customers as possible. The firm has a six-person call center in its Lancaster headquarters, where all customer calls are input into Clark’s software. From there, a dispatching team, also in Lancaster, sends out trucks for almost the entire company.

Centralizing the dispatching function, even out of state for some branches, is unusual, Clark acknowledges, but funneling all of that information into one place allows Clark Service Group to get a better sense of how its customers are doing. “It keeps everybody aware of what’s going on in all the areas, especially when you’re working with multilocation customers. I think we can give them better service and better communication,” he says.

Communication is a key part of Clark Service Group’s success. On top of keeping tabs on customers behind the scenes, the company aims for as many customer touch points as possible. Clark techs call before arriving, and the customer service team calls after a repair or planned maintenance to check on the quality of the company’s work.

When a multiunit customer is having a regional meeting, Clark offers to meet with attendees to hear what Clark is doing right and where it can improve. “We let them beat us up if they need to beat us up, and we take back a lot of good information from them. It’s great,” Clark says.

This level of service helps fuel the firm’s organic growth. Chains requesting that the company handle their service needs in new markets represent a driving factor in Clark Service Group’s expansion, for example.

Of course, being able to take care of customers requires more than follow-up phone calls. It also requires skilled technicians who can solve customer problems as quickly as possible. To that end, the firm invests in high-quality tools that make repairs easier, as well as nice trucks that have the added benefit of keeping techs happy.

In addition, Clark remains dedicated to training its field technicians, regularly sending staff to CFESA training events, as well as factory-led training events. The company also holds its own in-house weekly training sessions where technicians see firsthand how to handle repairs on specific pieces of equipment and go over other issues they may face in the field.

Finally, the company sets up informal mentorships for its younger field staff. “We try to keep a newly hired tech just getting in the industry with the same one or two senior technicians as much as possible,” Clark says.

Bringing more young people into this industry is one of Clark’s passions. He works with groups dedicated to helping young people in high school and vocational school understand their career options outside of the college track. Simply helping them understand how to present themselves and what life is like in the workforce better prepares them for the future.

In addition, Clark Service Group takes on interns from high schools and vocational schools in an attempt to encourage these young people to consider careers in foodservice.

This benefits his firm, which gets the inside track on new talent, as well as the young people themselves, says Clark. The low number of people entering the industry means a good technician will make a very nice living in the years to come.

On top of those reasons, however, Clark takes on these efforts as his way to repay an industry that has treated him so well, he says. “I’m 55 years old. My business is successful and running well. I could probably leave and it would run by itself. Now is my time to give back and see how I can help the next generation coming through.”