Dave Kuelpman has no family connections to the equipment and supply (E&S) segment, but instead got started just a few years out of college as a salesman for a major refrigeration manufacturer. He thrived in this post, and over the next eight years Kuelpman rose to become the company’s western regional sales manager. 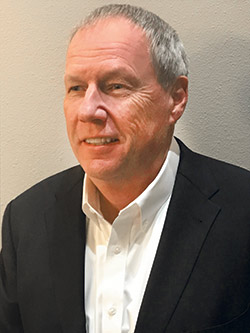 But Kuelpman and his wife were trying to start a family, and the travel demands of the job were high. “My last year or two with the factory I was gone two or three weekends out of every month, going to buying group meetings and trade shows,” he says.

But Kuelpman landed on a solution: start a rep firm, which would give him greater control over his career and his home life. So, in 1989, he and two colleagues, Walt Luchinger and Jeff Helfman, resigned from the manufacturer at the same time to form KLH Marketing with headquarters in Anaheim, Calif.

The company’s start was humble. Covering Southern California and Southern Nevada, KLH Marketing began in a 900-square-foot office with just the three partners and one staffer serving three core lines. Today the firm represents 20 lines and serves as a stocking rep for several of these factories. The firm employs more than 30 people and operates out of a 16,000-square-foot headquarters in Anaheim, Calif., along with a satellite office in Emeryville, Calif.

There was no single factor that led to this growth, says Kuelpman. Instead, it was a result of he and his partners grinding away and being in the right place at the right time.

“Our tagline is ‘Foodservice Solutions Since 1989.’ We want to be the answer person, their go-to person,” Kuelpman says. “There was a time I heard one of my competitors say, ‘We don’t want guys calling us asking questions we can’t solve.’ Our goal is that we want customers calling us all of the time. You want to become the solution provider to the dealer, the consultant and the end user.”

KLH has invested significantly to be able to offer those solutions. The company has a 1,000-square-foot test kitchen at its headquarters and employs a corporate chef to handle demos of new equipment in that kitchen.

This chef, says Kuelpman, can discuss food production, equipment operation and other kitchen issues on a level that operators truly appreciate. These conversations often lead to KLH finding the end user’s true pain points and offering solutions the customer may not have considered.

“We had someone come in wanting to learn how to hold seafood longer. We thought that holding seafood sounded like a bad idea, so we showed them how to cook it faster. They left here buying cooking equipment as opposed to a holding cabinet,” Kuelpman says.

In addition to these one-on-one touch points, KLH hosts a much larger “Octoberfest” event — complete with beer and brats — for end users, dealers and other foodservice equipment and supplies specifiers. While the refreshments may help bring people in the door, folks really come for the education and training, according to Luchinger. About a dozen manufacturers set up trade-show style booths and present their latest equipment and upgrades to dealers and end users. The last gathering, Kuelpman says, drew more than 200 guests, giving manufacturers the chance to speak with more customers in a single night than they could in a full week of sales calls.

Kuelpman is known in the E&S channel for being more than a successful businessman. He’s also committed to supporting the industry as a whole, serving on the regional and national boards of the Manufacturers’ Agents Association for the Foodservice Industry.

Beyond that, Kuelpman has served as a mentor and confidant to many colleagues and young people starting a career in the foodservice E&S channel. His efforts range from simple phone conversations to welcoming a group of young reps into KLH headquarters, where they spend two days asking questions about processes, systems, marketing and anything else that comes to mind.

For Kuelpman, this sort of effort does more than strengthen the E&S channel for the long term. It serves as a recognition of all the support he’s received in his career.

“We had a lot of people help us over time, a lot of people who gave us great guidance. Because we were given such good advice, I’ve tried to pass on some of that knowledge to other rep firms,” Kuelpman says. “I have one requirement: I tell them someday in the future you’ll have an opportunity to do this for someone else. Just pay it forward. Make sure you help train, educate and give direction to others.”

Not only does Kuelpman help young people with their careers, he remains committed to bringing them into the channel through his own company.

While six of the KLH’s employees have been with the firm for more than 20 years, including Nick Butler, a current partner, about a dozen are millennials. That’s no accident. Kuelpman and his partners have been working to regenerate KLH by recruiting younger employees and developing the next generation of management and leadership.

While these younger employees have a different way of thinking and doing business than what he’s used to, Kuelpman sees this as an asset. “You need to have youth in your company. It’s interesting when you’re sitting in a meeting and they just look at something completely differently. It challenges you to get out of that box you get into sometimes.”

Not only do Kuelpman and his partners recruit young talent, they structure the future of the company around the notoriously difficult goal of keeping employees with the company for the long haul.

At age 60, Kuelpman says he’s planning 7 to 10 more years as the company’s full-time leader. Instead of merging with another rep group or a selling to a single employee or two, in February KLH announced it will become employee-owned through an Employee Stock Ownership Program. This plan, he says, will allow individual employees to vest into the company’s ownership at six years of employment, without putting any money into the purchase themselves. The promise of ownership, he believes, will encourage younger employees to stay with the firm long-term.

In addition, this clear succession plan will help KLH’s factory relationships, Kuelpman says. “They don’t want you to hit 70 with no plan for the future and the company dies. They’re seeing the business grow. It gives them a long-term relationship, which is what both the factory and the representative want.”