Stacey Stahl, co-president of Ritten Associates Inc., based in Edina, Minn., is not one for self-promotion. In fact, when she learned about FE&S recognizing her as at Top Achiever, her first reaction was to turn it down. 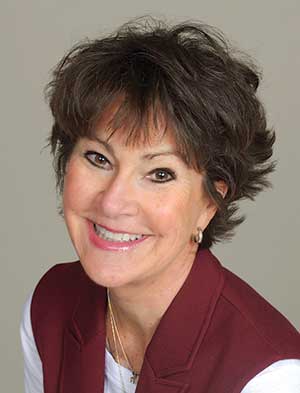 Stacey StahlThat may seem odd for someone with a job that most consider sales, which tends to draw extroverts. But Stahl doesn't see herself a salesperson. She considers herself a resource and a problem solver.

Stahl's career in foodservice began at 15 years old when she started waiting tables — a job she held at various restaurants through high school and college. In 1980, she graduated from the University of Minnesota and began working in a series of dealer sales rep positions. Stahl stayed on the dealer side until 1983, when she took an outside sales post for a major manufacturer.

It was in this role that she met and became friends with George and Jeff Ritten of Ritten Associates, a manufacturers' rep firm covering Minnesota and the Dakotas. In 1987, the father-son team offered Stahl a job with the firm. The decision to join was easy, she says.

"[George and Jeff] are the most amazing men," Stahl says. "Family friendly, which was very important to me as a young mom, and their reputation was stellar: incredible integrity, great work ethic. They were true gentlemen and class acts. Everybody loved George and Jeff, including me, so it was an easy decision."

A few years later, George and Jeff approached Stahl with the opportunity to become a partner in Ritten Associates. In 1999, another Ritten employee, Steve Perreault, became a partner as well. The pair acquired the firm outright in 2001 and have an incredible working relationship as partners, says Stahl.

"Not only could I not do it without Steve, I would not want to do it without Steve," Stahl says. "I trust him completely. Any decision Steve makes is absolutely good enough for me. You can come up with as many accolades and adjectives as you want, and I will agree with all of them. He is the best partner a person could ever have."

In terms of staffing and number of lines carried, Ritten Associates today is very similar to how it was when Stahl and Perreault took over the company more than 15 years ago. By design, Ritten Associates remains a small firm, with just two outside salespeople and two inside support team members. The company intentionally keeps a relatively low profile. Instead of marketing itself, it focuses on the details of the projects it has taken on and measures its success by the quality of relationships the firm has built across the industry, Stahl says.

That focus and developing relationships on detail meshes with the company's business model. Ritten specializes in representing manufacturers of "high-end, high-involvement" equipment, Stahl says, and carries less than a dozen lines total, some of which it has represented for more than 30 years. By limiting the number of factories it represents, the company can better serve its manufacturers, dealers, end users and consultants.

"Many of our lines take a long time to learn, and the expectations of the manufacturers are very high. To be able to support the customers we need to know about the particular products, how they work and how an end user might use them. This takes a fair amount of time and planning. So Steve and I just feel we can't do that for our manufacturers if we have too many lines," says Stahl.

This deep product knowledge becomes especially important for the types of projects Stahl tackles. Many of these are very complex and involved, and often take years to come to fruition. Those, in fact, are Stahl's favorite jobs. She enjoys tackling complex designs and coming up with solutions that give operators what they truly need.

This has rightfully earned Stahl a reputation not just for expertise, but also for truly having her customers' best interests at heart. Getting questions from end users, dealers and consultants makes her happy because it shows they are truly thinking about their projects.

"I always say to my customers, 'Until my factory starts to cut metal, it's never too late to change your mind.' I have no problem with that" Stahl says. "I don't care if we sit down six times and they change their mind six times and we have to re-budget and revise the layout. I can almost guarantee that in the end, the end product is going to be exactly what they wanted."

The commitment to doing right by her customers permeates Ritten Associates' culture. The firm has a reputation for being extremely thorough and responsive. Staying so detail oriented, Stahl adds, helps keep the relationships among factories, dealers, consultants and end users running smoothly. Given the cost and complexity of the projects that Ritten's lines are specified for, this is especially important.

"There are so many different people involved in these transactions, from general contractors to architects, to dealers, to end users, to consultants. Everybody's touched it, and every step of the way we've got to make certain everything stays on track," says Stahl.

While much of Stahl's success ties back to her expertise and commitment to detail, she can still see the big picture. In recent years, she's shown that by organizing The Ritten Event.

The idea for the event came when she was considering a problem facing her customers: Attending the National Restaurant Association's annual trade show and the biennial NAFEM Show just wasn't in their budgets. The Ritten Event addresses this by bringing a small slice of those shows to the customers.

Every few years, when Ritten Associates has the right mix of new products and client projects, the company will rent a ballroom at a local, upscale hotel. Ritten Associates invites the factories it represents to bring equipment to showcase, while the firm schedules a convenient time for its customers to meet with the manufacturers. The event includes breakfast and lunch, as well as an open-bar happy hour at the end of the day.

The event, Stahl says, has been an enormous success. Everyone truly appreciates the one-on-one time factories get with dealers, consultants and end users. And of course, Ritten Associates' customers and specifiers appreciate getting a trade show-like experience without having to make a trade show-like investment.

A unique forum, The Ritten Event is yet another example of the company's commitment to helping its customers first and foremost. That commitment most defines Stahl's career.

"A lot of the projects we work on don't land in our territory [Minnesota or the Dakotas]," says Stahl. "Often I'll never see the end result on quite a few of those. But you still know you're involved, and you still know you're helping. Our team likes the challenge of helping our customers solve problems; we all know we will learn something new, each day, from someone we will work with."

Get to Know Stacey Stahl