Most people would be burned out from their job after working 42 years for the same company, but not Paul Toukatly. The service manager and co-owner of upstate New York's Duffy's Equipment Service remains passionate about his work and the service sector as a whole, decades later. The energy in his voice when he talks about the sector makes that clear. 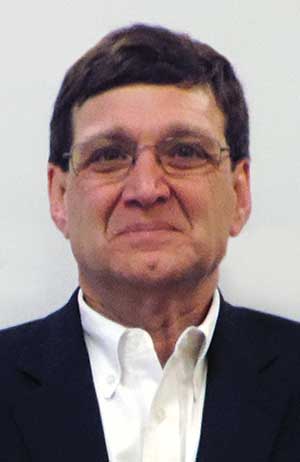 Paul ToukatlyNot surprisingly for an industry lifer, Toukatly got into the service sector through a family connection. His uncle, Frank Duffy, started the business more than 50 years ago. Beginning at age 12, Toukatly spent summers working for Frank as a gofer.

"I started carrying tools, running errands back and forth to the truck while he was working," Toukatly recalls. "Slowly I learned how to fix small pieces of equipment. When I could drive, he would send me out on my own."

In 1974, when Toukatly was 18, his summer job turned into a full-time position when he became one of the firm's first employees. Two years later he opened the company's first branch location in Binghamton, N.Y.

The experience served him well, Toukatly recalls. He learned how to hire, fire and manage employees, as well as build strong relationships with customers. By the time he turned 30, the branch was thriving. With just five employees, though, it had maxed out for a branch serving a town of Binghamton's size.

So, when he was offered the chance to do it all over again by opening the firm's Syracuse office, Toukatly jumped at the opportunity. A few years later, with that branch established, he became the service manager for the entire company.

Around 1990, Toukatly's relationship with the Duffy's Equipment Service fundamentally changed. That's when he, along with cousin Patrick Duffy (Frank's son), began receiving shares of stock in the firm.

As soon as they began taking ownership of the company, Toukatly says, he and Patrick began directing its future.

"Frank put a lot of faith in Patrick and me," Toukatly says. "When decisions came to open another branch or something else, a lot of those decisions came from us, even when we were relatively young. I know he would let us make mistakes that he could have prevented, but he knew it was more important that we learn from those mistakes than just following orders."

The partnership remains a good fit, Toukatly says. He manages the service agents and customer relationships, while Patrick oversees the business end, including human resources and finances.

Under their collective leadership for the past 20 years, the company has thrived. It now has 48 employees working in 7 locations across upstate New York.

The company's growth has occurred during a period of tremendous change in the foodservice industry. One of the biggest changes, Toukatly believes, is the growth of chain restaurants and their ever-increasing corporate structures and expectations.

The mom-and-pops of earlier days understood that if they requested a repair on a Friday, the service agency might not make it there until Monday or even Tuesday, Toukatly says. For chain restaurants, along with the manufacturers they purchase from, a Friday call requires a service visit by Saturday at the latest.

"We had to change to meet the expectations that our customers have," says Toukatly. "Tomorrow isn't good enough in the service business anymore." The firm's commitment to prompt service lead to a guarantee that a technician will be on the job within 24 hours of the call or the first hour of labor is free.

Another major challenge is the emergence of parts warehouses and the resulting loss of a once-thriving parts business. While obviously not happy about this, Toukatly acknowledges that these businesses, with their focus on logistics, are simply more efficient at parts sales.

In response, Duffy's recommitted itself to service. Each of its technicians gets 35 to 40 hours of training each year. What's more, their training includes how to work and empathize with frustrated customers.

"Buying parts is just whoever gives you the best discount and best price. But having service people who are trained and dedicated to taking care of your customers and empathetic to their needs, that's something that's not easily replaced," Toukatly adds.

Duffy's is so committed to serving customers well that it now sees parts warehouses as potential assets. Recognizing that parts availability and shipping costs are customer pain points, Duffy's partners with these warehouses to get parts delivered quickly and relatively cheaply.

Not only has Toukatly been a leader within his own company, he's also a highly respected leader all across the E&S supply chain. As immediate past president of the Commercial Food Equipment Service Association (CFESA), he was part of an early push to get all the industry associations working together. That effort has led to the staffs, executive leadership, and boards of these associations all knowing each other and laying out plans to partner on various projects.

Toukatly also oversaw the association's construction and move into its own building. While owning its headquarters represents a big accomplishment in itself, the facility also includes a training center with four separate areas equipped with ventilation and all utility hookups. This investment, says Toukatly, allows CFESA to build on its strength in technician training while forging stronger ties with the rest of the industry. In addition to CFESA-run classes, the space hosts manufacturer trainings and is even open for chains wanting to train their in-house service teams.

With his term as CFESA president complete, Toukatly now focuses his attention on his day-to-day responsibilities with Duffy's. These include spending plenty of time on the phone with employees and customers, as well as visiting each of the firm's seven locations on a monthly basis. The service agent in him emerges when he's in the field. He sometimes finds himself whith tools in hand, fixing equipment like he's done for the past 42 years.

"I really like being a technician," Toukatly says. "I tell people, although it's not completely true, that I worked myself into a job I don't like. I just like fixing things. It's instant gratification. I love that job."

Get to Know Paul Toukatly