Entrepreneurialism runs in David Ellingson's veins. At age 37, he now leads the company founded in 1960 by his grandfather Byron Ellingson and Howard Bargreen. Representing the third Ellingson generation to manage Bargreen Ellingson, based in Tacoma, Wash., (the Bargreens were bought out in the late 1990s), David joined the family firm in 2006. He was named president in January 2012, transitioning leadership from his father, Paul, and uncle, Rick, who grew the company into a premier regional E&S dealership. 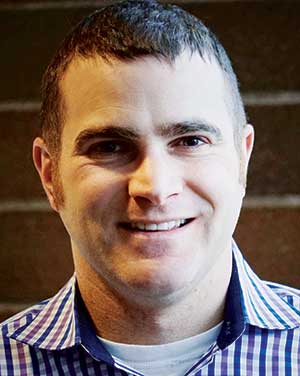 David EllingsonThe year David came into the fold, after gaining more than 4 years of experience in sales at Hobart Corp., Bargreen Ellingson had 350 employees and revenues of more than $125 million. By 2016, sales exceeded $255 million and the company had grown to more than 600 employees in a territory that encompasses 22 locations in 10 states, including Hawaii and Alaska, as well as portions of western Canada. During his tenure as president, the company has expanded into Wyoming and Colorado through acquisitions of Knapp Supply and Equipment and The Restaurant Source, respectively. It also significantly expanded its presence in Hawaii with a new 12,000-square-foot facility in Maui.

David is proud of and excited about the company's metrics and milestones — and foresees continued steady growth as an independent, family-owned dealership, but since taking the reins, he has put most of his passion and focus into the people and culture that support the growth. His top priority is ensuring that Bargreen Ellingson remains an organization in which employees are genuinely happy to work for and that customers genuinely enjoy doing business with.

"When I came into the company, two of my first major projects were to implement a new ERP system — which some loved me for and some hated me for, but which had to be done — and to focus on our culture. There are nine core values that the company has been built on and that over the years had gotten more or less attention," David says. "As it happens, when I was coming up in the organization we'd lost some focus on those values. It's something that I've been very passionate about to make sure that those values and the program we built around them are kept fresh and are leveraged throughout the entire organization."

A Focus on Values

That program, called On Board, doesn't focus on sales strategy, metrics or product knowledge. Rather, it instills in employees those critical nine founding values, which can help drive decision making from the boardroom to the warehouse. They are: Hire Smart; Respect; Teamwork; Use Good Judgement; Learn, Learn Learn; Communication; Pursue Change; Ownership; and Hoopla (i.e., have fun!).

David's culture-focused mission fits with his personality: He's known as a fun, slightly irreverent, engaging people person whose management style is defined in part by seemingly simple things. He makes it a point to know everyone's name, prefers face-to-face communication, and tries to learn and understand the unique experiences and world views that employees bring to the job so that he's better able to coach and develop them. And he takes a lot of cues from the industry that Bargeen Ellingson serves, maintaining a deep appreciation for genuine hospitality.

"One of my big things is that nobody should ever go home from work feeling bad. This isn't life or death. We're selling pots and pans and dishwashers," David says. "Growth is largely a function of the economy. We don't create that much demand. People either need new china or a new range, or they don't. We've lined up the business to grow above market, and I'm proud of that — but even more important to me is that people like being here, they're happy at work, they're proud of the organization and want to help it grow."

Recently, it became easier for him to focus on and pursue that mission while keeping the company moving forward. His cousin Eric, Rick's son, had decided to leave the finance world and take steps to join the business. Following family policy that dictates working for at least two years outside of Bargreen Ellingson, Eric gained experience at foodservice equipment manufacturers Unified Brands and Alto-Shaam before coming in as vice president of contract sales in late 2013. Eric's skills and temperament complement David's, and the two are close personal friends as well as partners in the business.

Another key part of David's success is the autonomy that he has been given. Next-generation leaders need the freedom to find their own way, make mistakes and do things differently, he says. He enjoys just that type of freedom at Bargreen Ellingson.

"I really credit the fact that they've let go," David says of his dad and uncle. "They're still engaged and available to us, but they've let us try crazy things and make mistakes. Sometimes in our industry the next generation or younger leadership is criticized for not stepping up, and often that has as much to do with the senior generation resisting change and not letting go. That's not the case here, and it goes back to the way I try to coach others: 'I've failed, but maybe that's why you should do it.' The importance of giving people autonomy is what I grew up learning from my father and my uncle, and I think it's a big part of why people like working here."

Going forward, David says a big challenge is how to maintain the very personal nature of the company. For that reason, he gives managers many of the responsibilities that a human resource manager traditionally handles. "It has to be personal, and it has to be authentic," he says. "If we can do that, I believe we can outperform anyone."

As the company grows, it will continue to pivot and shift to stay ahead of trends and changes in the way customers buy. Product categories ebb and flow. Tabletop is a bigger piece of the business and equipment smaller than 10 years ago, for instance, and disposables are now part of the mix. On the customer side, institutional accounts represent a larger share today than do the independent restaurants that fueled the company's early growth. And the in-house design/contract division, now representing roughly 35 percent of total revenues, will continue to be a strong focus as a way to add value.

"Our industry is consolidating rapidly," David says. "But our two constituencies, customers and vendors, both like doing business with independents and having a lot of choice. Consolidation strengthens our position. We're committed to remaining independent, to our family-business structure and to being a dominant regional company. We'll continue to make selective acquisitions and to put our value proposition not just a little higher, but a lot higher, than the national competitors. We have to evolve as the industry changes, but I love change and I love disruption. That's what makes all of this so much fun."

Get to Know David Ellingson