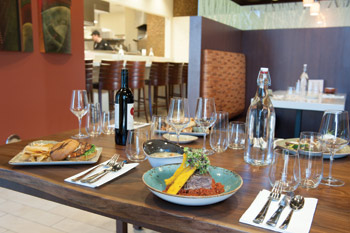 Why it Won: This tabletop is not something one would expect to find at most healthcare operations. The tabletop does a good job of supporting the restaurant's mission to keep people on campus during meal periods by providing an upscale experience. The food presentation adds some height to the menu items, which contributes to the visual intrigue. The specifying team was very detail oriented when assembling this tabletop and the investment supports Castle Rock's overall commitment to Manna.